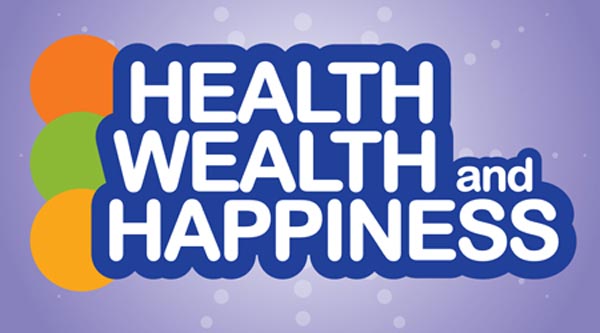 “HIV isn’t the worst thing, it’s everything else that goes around it – from stigma, to financial issues”

Terrence Higgins Trust (THT) are to host a professional conference on supporting the first generation growing older with HIV.

One in three people with HIV is now aged over 50, and new diagnoses among older people have nearly doubled in the last decade – meaning health and social care sectors are entering uncharted territory.

To make sure health and social care professionals are prepared, THT is hosting a conference to increase awareness of the needs and challenges for those growing older with HIV.

Speaking ahead of the conference, 52 year-old Simon Horvat-Marcovic has shared his experiences of living with HIV in his 50s, from dealing with stigma to homelessness and financial issues.

“I’d been living in Camden for 16 years, but in 2015 I was made redundant, I was going through a divorce and had two cancer scares – so found myself homeless. I sofa surfed all over for 18 months, and then the day I was diagnosed with HIV was also the first day I slept on the street,” said Simon.

“HIV, believe it or not, wasn’t the worst thing to happen to me that year – it was everything else that went around it – my housing, my mental health, my other health worries.

“Medically I’m great now, I see my doctors regularly and have health check ups, but outside of that, my mental health and home life, it’s not always that great. For us, the first people growing older with HIV, we’re going into the unknown, and there is lot we all need to learn.

“If it wasn’t for organisations like Terrence Higgins Trust, I’d be dead now – not because my HIV would have killed me, but because I would have killed me. I know issues around depression, housing and finances, and stigma affect a lot of older people with HIV, so more health and social care professionals need the skills and knowledge of HIV so they can support us as we get older.”

THT found that poverty,  loneliness and social care are major concerns for older people living with HIV, and earlier this year warned of a social care ‘timebomb’ ahead, following their groundbreaking report, Uncharted Territory.

The report found 58% of over 50s living with HIV were on or below the poverty line, and 82% experienced moderate to high levels of loneliness – three times more than the general population of the same age.

The ‘Caring for a generation’ conference, on June 12, will support service providers and professionals from all sectors to understand the issues faced by this ageing population, and how to support them.

Speaker with HIV aged 50 and over, like Simon, will share their experiences and join leading academics from Imperial College London and Manchester University in workshops and tutorials throughout the day.

The conference is being hosted by the pioneering Health, Wealth and Happiness Project, from THT, which focuses on the needs of people over 50 living with HIV, offering tailored services to improve their emotional, physical and financial wellbeing.

Clive Blowes, National Co-ordinator for Health, Wealth and Happiness Project, said: “Every day at THT we work with people over 50 living with HIV just like Simon.

“We know that isolation can be a major issue, and that many people are worried about having to go into a care home, changes to their benefits, housing issues and relationships and dating. Our report found that eight out of ten of people with HIV aged over 50 are concerned about whether they will be able to access adequate social care in the future.

“This conference will help provide professionals and service providers with up-to-date knowledge of what it’s like growing older with HIV, and provide support and advice on how they can help this new generation of people live well.”

Caring for a generation conference takes places on Monday. June 12, 2017, from  9.30am until 4pm at NCVO, Society Building, 8 All Saints Street, London N1 9RL

Places are free but must be booked by June 2.