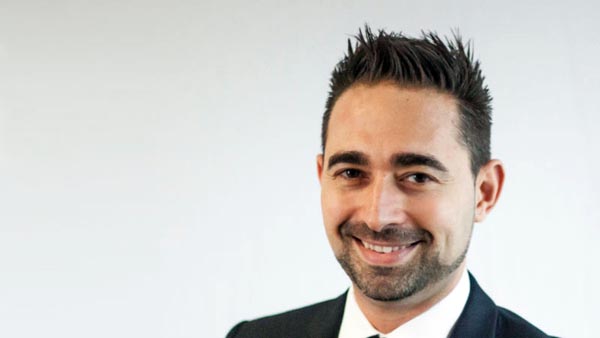 Antonio Zappulla, Chief Operating Officer of the Thomson Reuters Foundation, named number one public/third sector executive in a global ranking of LGBT+ role models, in recognition of his work to drive LGBT+ inclusion.

ZAPPULLA is up three places from last year’s list, where he was ranked fourth in the Top 10 OUTstanding Leading LGBT+ Public Sector/Third Sector Executives List, an annual global index compiled by LGBT+ professional membership organisation OUTstanding, and presented by the Financial Times.

Antonio was strongly commended for his role in spearheading and launching Openly, a dedicated LGBT+ digital news and information platform, which was launched in September during United Nations General Assembly week in New York.

The platform is powered by the journalism of the Thomson Reuters Foundation news team. Original content is additionally distributed via the Reuters newswire service, reaching a daily audience of one billion readers worldwide.

Antonio said:“The role of the media is essential in shaping perceptions and attitudes towards LGBT+ people.

“Openly fills a crucial gap, delivering fair, accurate and impartial reporting on the many issues affecting LGBT+ people in the world, going beyond the traditional LGBT+ audience. LGBT+ rights are human rights and, as such, they are everybody’s business. Today’s recognition is yet another testament to the importance of positive LGBT+ role models in the media, in business, and across society.”

Zappulla is a One Young World Counsellor and a World Economic Forum agenda contributor. He is the President of the Board of International LGBT+ NGO All Out and a member of the Stonewall Programme Alumni. He is also the European Co-chair of Pride at Work, the Thomson Reuters LGBT+ network; he sits on the Advisory Board of Out in Business at the London Business School, and is an active supporter of Open for Business and Wake Up Italia.

All the 2018 leading role models were nominated by peers and colleagues. To be considered, they had to be visibly out or a vocal ally, actively working to create an environment where LGBT+ people can bring their authentic selves to work over and above their day job. LGBT+ Public Sector Executives nominees work in non-LGBT+ focused organisations, and advocate for diversion and inclusion both in and out of the workplace. Their seniority and influence was taken into consideration.