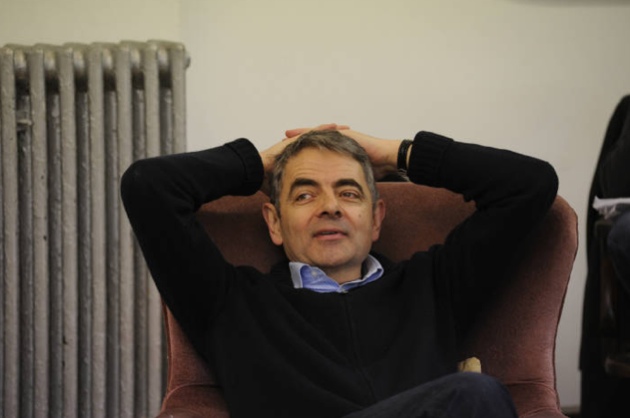 Simon Gray’s 1981 play is a masterful examination of English lives, and England, in the early sixties. The language school common room in which it is set is full of repressed emotions, longings and simmering resentments. At its heart is the title character, St John Quatermaine (Rowan Atkinson), a man whose emotions are either completely repressed or, perhaps, he simply has none to repress in the first place.  He’s an unlikely lead for a play in that he has so little volition as to be almost absent from his own life.

During the course of the evening the desperately lonely Quartermaine is continually being invited to spend time with his colleagues but only for the most nakedly self-interested reasons. And even then the chances are the invitations will be rescinded if something better comes along. Quartermaine is a decent, likeable, uncomplaining man and therefore one to be subtly, but mercilessly, taken advantage of. It’s not that his colleagues are monsters; they are simply fallible people and although they have a genuine fondness for St John, it’s a fondness which never quite extends to putting his feelings above their own.

Melanie (Felicity Garth) is stoically looking after her mother and perhaps regretting not having married Henry (Conleth Hill). Eddie (Malcolm Sinclair) runs the school with his partner Thomas – and although they never hide the nature of their relationship, its illegality means they can’t be open about it either. Mark (Matthew Cottle) is trying to write a novel which is putting a strain on his marriage while Anita (Louise Ford) is well aware that her husband is having an affair but seems compelled to convince the world that he isn’t. Derek (Will Keen) is the newly-arrived teacher enraged that despite working twice as hard as doddering Quatermaine, he gets paid less that half his salary.

Of course this rounding up of the main characters doesn’t do the play justice. Far from being a middlebrow, polite play it’s actually a wonderfully mischievous comedy. And also a tragedy. The play has four deaths – all of characters who we hear about but never see – which contrasts with the minor tragedy of its central life which has been barely lived at all.

Atkinson is certainly very good in a difficult role. He’s excellent at Quatermaine’s comic misunderstandings and blunders. However, he fails to give the character the depth that Edward Fox gave him. Fox brilliantly conveyed the man’s absolute deceny and gave a somehow more sympathetic account of the role. The rest of the cast all give spot-on performances. Though for my money the stand-out was Melanie Garth who gradually unravels as the truth of her relationship with her mother comes out. When she says that, even as a young woman, her mother “was always my enemy” it’s a truly chilling, heart rending moment of theatre.

For more information and tickets view: