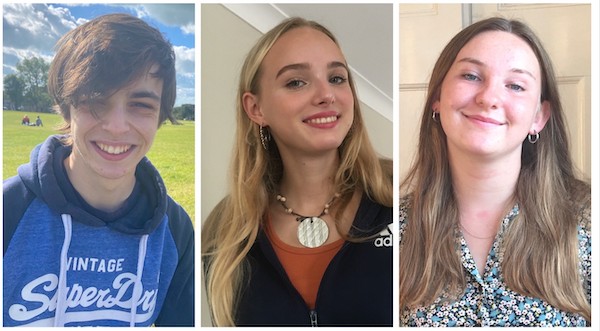 Young people in the city are celebrating the impact they have made ‘at the heart’ of local government through the power of their voices.

A year after Brighton & Hove City Council (BHCC) became the first in the country to sign up to the national Power of Youth Charter, local youth groups say they have made significant progress in influencing change.

In committing to the charter in January 2021, BHCC vowed to empower young people to shape decisions, take social action and make a positive difference.

Josh Arnold-Jenkins, 24, is a member of the Brighton & Hove Care Leavers Forum (CLF), one of the groups that have been working directly with BHCC to improve services for children and young people.

Josh said: “I’ve seen a massive change in the last nine months. Through the power of young people’s voices, we are putting children and young people at the very heart of the services provided for them.

“Hearing the voice of young people has never been more important. Young people are living lives full of challenges and uncertainty. Many come from backgrounds where life was made more difficult by decisions made for them.

“Through taking part in boards and helping to train new foster carers and interview new staff, we are now involved in these decisions, making changes and promoting what is important to us.”

Josh, who grew up in care in Brighton himself, added: “I have found a community of young people that have a passion for change and a commitment to social. It’s given me focus after finding my feet after a long battle with mental health.”

At this month’s Children, Young People & Skills Committee (CYPS) meeting, councillors heard about the progress the city’s CLF, Youth Wise and other youth groups have been making.

Louise Brown, 17, deputy chair of the Youth Council, said: “I’ve seen a real impact on my community since I first presented the Power of Youth Charter to CYPS committee in January last year.

“As a Youth Council, we have been actively involved in the decision-making that affects the lives and futures of thousands of young people and have had a 100% say over how some important youth grant funding is spent.

“As a co-opted member of the council’s CYPS committee, I’ve been able to make a real impact on the decisions being made.”

The Youth Council has also made progress in its commitment to social action. It hosted the city’s Youth Climate Assembly and has campaigned and taken action on reducing plastic usage in our city.

Louise added: “2022 will be an exciting year for youth engagement in the city, and we are keen to get many more young people involved. If you are interested in making local change, we need you!

“In February, the Youth Council will be co-hosting a celebration event bringing together all the youth groups in the city, and we’ll launch our Make Your Mark campaign on February 1 to find out which current issues are most pressing to young people in the city.”

The Power of Youth Charter was created by the #iwill campaign, which is funded by the Department for Digital, Culture, Media and Sport and the National Lottery Community Fund to encourage young people to participate in social action.

Cllr Hannah Clare, chair of CYPS, who was a Young Essex Assembly member as a teenager, said: “I am so proud of the progress that our young people have made in the last year to fulfill our Power of Youth commitments.

“Both the Youth Council and CLF are now involved in council decision-making, bringing new energy, perspectives and skills to the table.

“Through Youth Wise, young people whose voices may not usually be heard are regularly getting their voices heard by councillors.

“We’re making progress but there’s more that can be done, and getting more young people involved is key to that.

“If you’re a young person passionate about improving the lives of young people in the city, this is a fantastic opportunity to learn new skills and really make a positive difference.”

BHCC is looking for new members. Any young person aged 13-19 (or 13-25 if they have a special educational need) and resident in Brighton & Hove should contact tracie.james@brighton-hove.gov.uk

The Care Leavers Forum is open to young people aged 18-25 who grew up in care. Get in touch via CareLeaversForum@brighton-hove.gov.uk