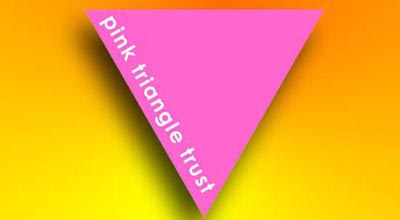 The UK gay humanist charity the Pink Triangle Trust (PTT) is one of the signatories to a letter sent by the Alliance for a Secular Europe (ASE) to Martin Schulz MEP, President of the European Parliament.

THE LETTER concerns the President’s decision to invite Pope Francis to address the European Parliament.

ASE brings together organisations that promote secularism and are committed to democracy, human rights and non-discrimination and is especially concerned at the way some reactionary religious forces are seeking to undermine secularism in Europe by imposing by law on everyone patterns of behaviour that have their origin and only justification in religious doctrine.

The letter to President Schulz expresses the Alliance’s deep regret at his decision to invite Pope Francis to address the European Parliament and states: “We do not think it appropriate for any religious leader to be invited to speak to a secular parliament. Having invited one, what justification can be offered for not inviting leaders of other religions and competing denominations or sects? The invitation is even more inappropriate given the Catholic Church’s doctrinal positions on the start and end of life and sexual matters, including women’s reproductive rights: The issues on which it campaigns most forcefully are those on which it is at variance with its followers, especially in Europe, as evidenced by numerous polls. Such positions are also generally at variance with the majority of the European population as a whole. Worse, it continues to actively oppose human rights which the European Union defends, seeking to impose on the restof society a dogmatic moral vision, in defiance of the principles of freedom of conscience and equality.”

PTT Secretary George Broadhead commented: “The reference in the letter to the doctrinal position of the Catholic Church on sexual matters includes its hostile stance on LGBT relationships and rights which is clearly set out in its Catechism: Basing itself on Sacred Scripture, which presents homosexual acts as acts of grave depravity [Cf. Gen 19:1-29; Rom 1:24-27; 1 Cor 6:10; 1 Tim 1:10], tradition has always declared that homosexual acts are intrinsically disordered. They are contrary to the natural law. They close the sexual act to the gift of life. They do not proceed from a genuine affective and sexual complementarity. Under no circumstances can they be approved.”

For more information about The Pink Triangle Trust, click here: