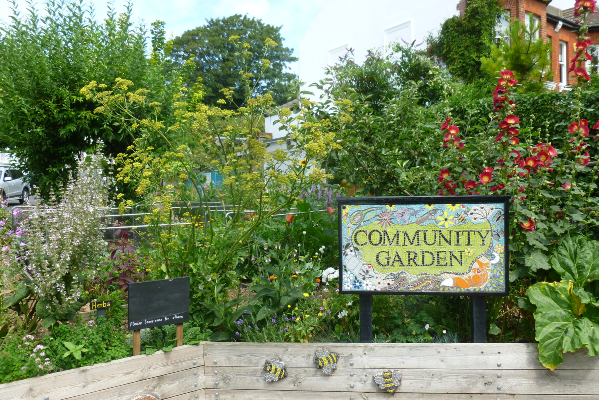 The annual Macmillan Coastal Garden Trail was due to take place later this month but, along with many other events planned this summer, a decision was taken back in April to cancel this year’s event due to the coronavirus pandemic. Geoff Stonebanks, Trail organiser, tells us: ‘I contacted all the garden owners, some of whom were willing to consider opening, but many, including me, felt it was probably best to cancel the event and avoid owners going to a lot of trouble to get their gardens ready, only for it to be possibly cancelled at the last minute.’

Geoff and his Driftwood Fundraising Group have raised over £84,000 for Macmillan Cancer Support in recent years and is keen to try and raise some funds this year too, despite the current issues.

So far in 2020 he has raised in excess of £2,500 for the charity, well down on the £14,000 he handed over in 2019. Never defeated though, he has arranged for some garden owners to film short virtual tours of their gardens in the run up to the event. These will be posted to YouTube and accessed through the trail web page. There are quite a few to view now, including a short tour of the Stanford and Cleveland Community Garden in Brighton and a container garden in Telscombe Cliffs, 27 Balsdean Rd in Woodingdean and two beautiful gardens at 18 Hill Rise and Windover in Chyngton Road in Seaford to name but a few, as well as one of Geoff’s garden too.

Readers may have seen the short film of Geoff’s garden recently on ITV Meridian News which included some drone footage too. If you missed it, check out the link on the home page of his web site.

Geoff also has the support of Macmillan’s Chief Executive, Lynda Thomas, who is also filming a short piece in support of the event, saying how vital the funds from the trail are to the charity.

This year, TV gardener Jim Buttress was to have opened the event, and Trail Patron, Christine Walkden, who did the honours in 2019, was so disappointed when she heard the event had been cancelled, she too decided to film a short piece in support of the event. You can watch both these short films on the web page too and maybe they and the short garden tours will inspire you to consider donating to the event’s Just Giving page in favour of Macmillan Cancer Support. The Stanford and Cleveland Community Garden has been very successful in placing homegrown plants on the garden for passers by to purchase and pay via the Just Giving Page, They have raised an incredible £1,500 this way to date.

Adam and Dan of Open House fame at 11 Rugby Road in Brighton have been donating 20% from all sales to Macmillan in lieu of opening for the Trail and have raised £300. Jan Wilks from Telscombe has raised over £1,000 making face masks in lockdown and donated £500 to the Trail Fund.

Geoff Stonebanks, added: ‘It is such a shame this year as there were to have been 7 new gardens  joining the trail, including the community garden. There is talk of a couple of trail gardens opening up as a one-off, in the Autumn, so keep an eye on the website to see if it materialises.’