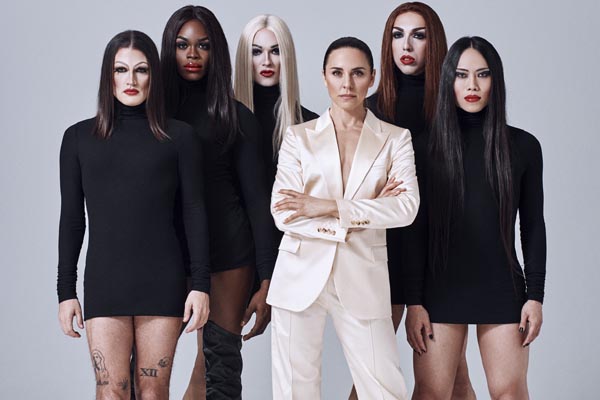 Events for the 2019 Bristol Pride Festival start this weekend with the biggest ever festival and programme of events to date.

AS the organising team celebrate their 10th anniversary of making Pride happen they have pulled out all the stops to deliver two weeks of events to celebrate and showcase the LGBT+ communities, and moved Pride Day to The Downs making it one of the biggest festivals in Bristol this year.

Celebrations start this Friday, June 28, with a flag raising at 5pm at City Hall to open the festival and remember the 50th Anniversary of the Stonewall Riots, seen as the birth of the global LGBT+ equal rights movement.

An impressive thirty events will then take place across two weeks in the lead up to the main festival day on Saturday July 13 with events ranging from comedy, poetry, films, gaming days, circus night, dog show, theatre, talks, and more.

The expansion doesn’t stop there for the festival; which this year was named in the Global Top50 Pride events.

After 36,000 people attended the festival last year, this years event will have double the previous capacity at their new larger home at the top of Whiteladies Road.

It’s their biggest and most diverse line-up ever with Spice Girl Mel C performing along with Sophie Ellis-Bextor, Sonique, boyband A1, US rapper LE1F, NINA, Saara Aalto, Boney M, Four of Diamonds, Hazell Dean, and RuPaul’s Drag Race star Peppermint to name just a few.  In fact over 100 acts are taking part in the festival this year. With more space the team have also introduced new areas and activities, including the New Stage, a giant Circus Tent, Silent Disco and a Wellbeing and Mindfulness area with yoga and meditation workshops.

The colourful Pride Parade will still take place in the City Centre, departing Castle Park at 10.45am and making its way to the Amphitheatre. Marching for visibility and to make a bold and positive stand against hate and prejudice, it’s a message that is more important than ever following the release of recent statistics showing that LGBT+ Hate Crime has surged in recent years, 144% nationally in 4 years and by 23% in the wider Bristol region in the last year alone.

Daryn Carter CEO of Bristol Pride said: “I’m so proud of how far Bristol Pride has come in the last 10 years and while we celebrate our success and the great progress being made in equal rights it’s clear how much Pride is still needed.

“Recent statistics and violent attacks nationally on members of the community are a sobering shadow over our celebration but one that should be a rallying cry for all that want to create a better society for all. Get involved, join us and stand up to hate, don’t be a bystander and let those with prejudice and bigoted views that there is no place for them.

“Moving to The Downs not only means that we can deliver a bigger festival for everyone wanting to attend but allows us to develop new festival area and present our biggest and most diverse line-up to date.”

Bristol Pride hope that their programme of events will help engage wider audiences with the message of equality, showcasing issues that affect the LGBT+ communities, highlight the fight for equality over the years and that LGBT+ people exist in all communities everywhere.

Highlights include the return of the Pride Circus Night at Circomedia and Milk Poetry at the Wardrobe.

Also returning is the Pride film festival, Queer Vision, at the Watershed screening best LGBT+ films with a selection of shorts and a special preview screening of upcoming film Tell It to The Bees, starring Anna Paquin, on Monday, July 8.

For a dose of history check out the award-winning theatre on offer at The Wardrobe Theatre with Riot Act on Wednesday, July 10 telling the accounts of three people from the Stonewall Riots through to the present day, or see the person behind the image with the Scandalous Love of Oscar Wilde on Thursday, July 4.

One of the cutest events on offer will be the Pride Dog Show in Castle Park on Saturday,July 6.

For all the information about this year’s festival including all the events and acts, click here: where you can also pick up your £7 Supporter Wristbands.

As well as keeping the festival going wristbands offer rewards such as money off the festival bars and free travel on Pride Day with First Bus services in the Bristol Zone as well as a new shuttle service from the end of the parade.