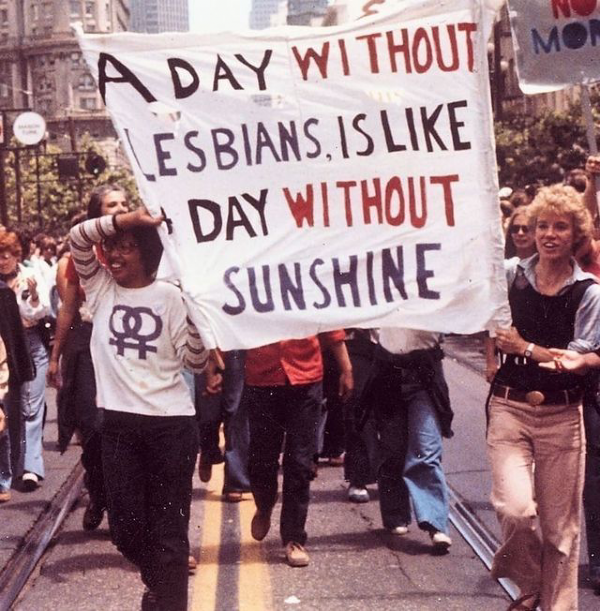 Lesbian Visibility Day celebrates lesbian role models and lesbian culture and diversity, as well as raises awareness of the issues that lesbians have to face

Lesbian visibility day is a celebration of women loving women meant to create awareness for the accomplishments and challenges of the global sapphic community. Lesbian Visibility Day falls each year on April 26 – and due to the longstanding stigma and microaggressions aimed towards Lesbians throughout history, it’s an important day.

In Brighton & Hove, and Sussex we have many well established, diverse and proud lesbian communities who work tirelessly to ensure that women’s voices and issues are heard and given equal platform in our daily lives.  We are lucky to have so many different groups, charities, support organisations, networks, arts and cultural events which put the voices of lesbians centre stage.

We recognise that across the world other lesbians do not share this freedom and continue to campaign and press for change in cultures across the world, including our own, where ingrained prejudice, misogyny and societal inequalities  stop lesbian and all women from achieving their full potential.

Here at Gscene we celebrate Lesbians today and all days, we recognise the huge contributions that our Lesbian siblings give to our wider LGBTQ lives, we honour the sacrifice, hard work and tenaciousness that our Lesbian siblings have shown whilst campaigning for equality, theirs and for the wider LGBTQ world. We and thankful for many Lesbians who have taught, shown, and often built us the paths we have taken to where we are today.

Without Lesbians in our lives we would be smaller, less connected, less effective community.

At Gscene we have always been proud to  platform Lesbian Views, writers, creatives, activists, archivists, fighters, lovers, sisters and mothers grace our pages. To have lesbians on our cover in all their infinite variety, to have Lesbians on our Gscene Team, writing, guiding and supporting the magazine.

Today, is Lesbian Visibility Day and we celebrate all lesbians, everywhere. We hear you ROAR!

“I write for those women who do not speak, for those who do not have a voice because they were so terrified, because we are taught to respect fear more than ourselves. We’ve been taught that silence would save us, but it won’t.” – Audre Lorde