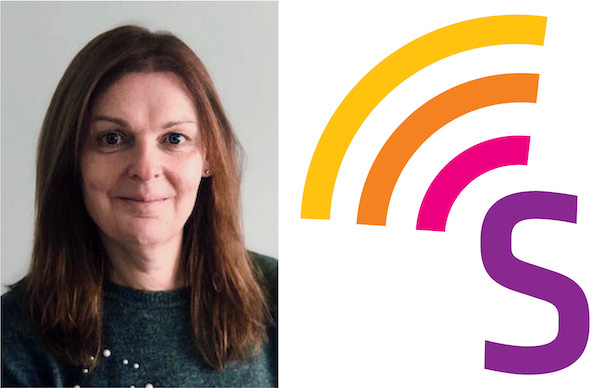 Switchboard LGBT+ Helpline, the LGBT+ helpline in the UK founded in 1974, has announced that Stephanie Fuller has been appointed CEO.

Stephanie will be stepping into the role as CEO, from her previous role of General Manager at Switchboard. In her short time as General Manager, Stephanie worked to publish Switchboard’s LISTEN UP! impact report focusing on the impact of the pandemic, restructured the staff team and worked with the Board of Trustees to write the integral five year Charity Plan.

As an experienced charity leader, Stephanie Fuller brings years of experience across the sector from positions at East End Community Foundation, AfriKids and Albert Kennedy Trust. As Switchboard looks to its 50th anniversary in 2024, Stephanie will be leading the staff team and working closely with the Board of Trustees as it pushes for its strategic goal of “no contact going unanswered”.

Xan Pedisich and Peter Zacaroli, Co-Chairs of Switchboard LGBT+ Helpline’s Board of Trustees, said: “Stephanie has been working with Switchboard in her role as General Manager for a year and a half, helping us rebuild from the pandemic and on behalf of the Board, we are delighted to appoint Stephanie as CEO of Switchboard.

“Stephanie’s decades of experience in the charity sector paired with her passion for our mission is invaluable to Switchboard and its future. Our volunteers are best when they are properly supported to talk to our callers.

“Having a CEO in charge of the day to day running of the organisation frees up volunteer time to be there to listen. She has already made a remarkable impact in a short time, and we look forward to working alongside her to deliver our charity plan, where we aim to be there for every single person who contacts us.”

Stephanie Fuller, incoming CEO, Switchboard LGBT+ Helpline, said: “Long before I joined Switchboard I was aware of what an important organisation this is. However, since joining Switchboard, it’s with a profound sense of awe that I have witnessed the commitment of our amazing volunteers and staff.

“It’s no understatement to say that this role is the greatest privilege of my career. As a community we are navigating challenging times, I am certain that Switchboard will be there to support all of those that need us, with calm words when needed most. We are committed to ensuring that no LGBTQ+ person in the UK ever feel alone when they need someone to listen.

“As we approach our 50th year, we are embarking on a new ambitious plan for our organisation, shaped by the understanding that our LGBTQ+ communities deserves the best helpline possible, and we fully intend to provide this.”

Switchboard LGBT+ Helpline is a confidential helpline open to the LGBTQ+ communities and beyond, for anyone who wants to talk about gender identity, sexuality, sexual health and emotional wellbeing. The charity operates a telephone line, instant messaging and email service from 10am to 10pm, 365 days a year via phone on 0300 330 0630 or via instant messaging at www.switchboard.lgbt.