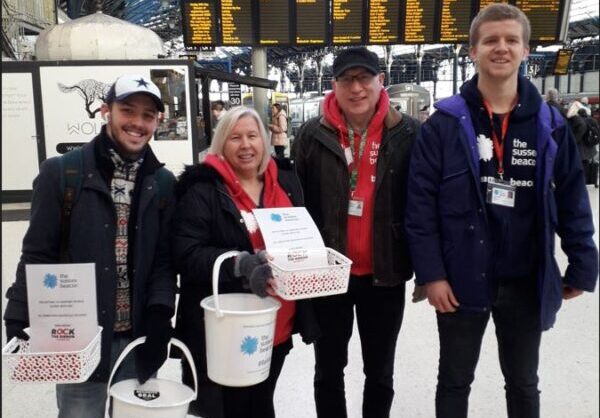 At Brighton Station, the team raised almost £280 from members of the public travelling through the station on the day.

An amazing night at Centre Stage Brighton resulted in just over £650 being raised, with almost £620 being raised at another incredible gala event held at Legends Brighton.

The Sussex Beacon said: “Many thanks again to Govia Thameslink Railway for their wonderful support. We’re still genuinely humbled that a number of venues held fundraising events in the evening, to raise much needed funds for the Sussex Beacon.

“Huge thanks again to Centre Stage Brighton and Legends Brighton, their management and teams, The Only Ruffles and David Pollikett for their huge contributions, all of the talented performers involved, everyone who donated items for the evening and of course everyone who so generously donated money. We are very aware times are tough, so we are genuinely, enormously grateful to you all!”

“We will soon announce the amount raised by The Avenue: Kitchen & Tap in Peacehaven. This, of course, is in addition to almost £145 very kindly raised by Lindridge Care Home.”