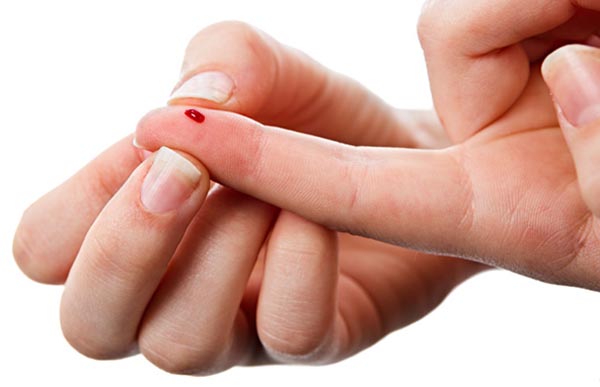 A new study published in the Lancet today shows that HIV testing on registration with GPs in areas with a high prevalence of HIV is cost-effective, and even cost saving.

Conducted jointly by Queen Mary University of London (QMUL) and the London School of Hygiene and Tropical Medicine, researchers found that offering HIV tests to people when they register at a new GP surgery was cost-effective and helps save lives.

The study looked at a trial conducted at GP surgeries in Hackney, London, where patients routinely received rapid fingerprick HIV tests as part of their standard health check during registration. Researchers found it led to a four-fold higher HIV diagnosis rate.

Kat Smithson, Director of Policy and Campaigns at NAT (National AIDS Trust), said: “NICE guidelines have recommended for some time that GPs in high prevalence areas offer HIV tests on registration. We urge commissioners to take heed of this new evidence and to work with GPs to roll this out in more places.

“The good news is that NAT has observed increasing investment in HIV testing in primary care settings such as GPs in recent years but barriers have still remained to implementing it across the country. Public health budgets are under extreme pressure so this further evidence of cost effectiveness is very important for making the case for investment.”

Dr Michael Brady, Medical Director for Terrence Higgins Trust, added: “One in seven people living with HIV do not know that they have it. Undiagnosed HIV infection puts individuals at risk of preventable illness and death, disproportionately contributes to onward transmission and is an unnecessary burden of cost to the NHS.

“Effective HIV therapy means people can now expect to live a normal lifespan and won’t pass the virus on to anyone else. But testing and early treatment is essential to be able to benefit from this. We urgently need new approaches to HIV testing that are delivered at scale and targeted at those at risk. Testing in General Practice is a key component of this because, whilst people living with undiagnosed HIV are not accessing existing HIV testing services, they do visit their GP and there are many missed opportunities to test.

“The UK’s national HIV testing guidance has recommending HIV testing in General Practices in high prevalence areas since 2008. HIV testing guidelines from NICE recommend the same. This important research demonstrates this approach is cost effective, and may even be cost-saving. I hope that policy makers, commissioners and healthcare providers act on these findings and invest in HIV testing in primary care. We have the tools to end HIV transmission in the UK but we won’t achieve that without scaling up testing in General Practice and other community settings.”