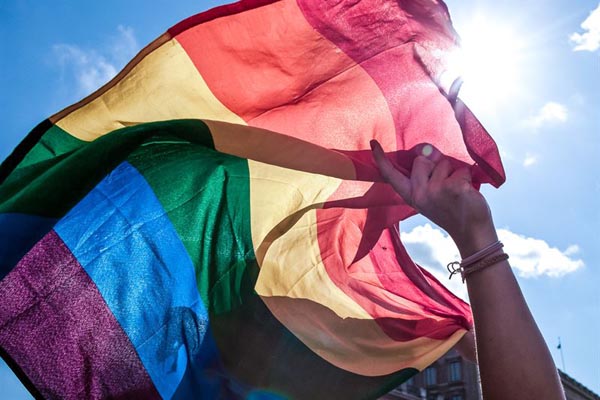 THE money comes from Stockholm Pride’s solidarity fund which supports Pride festivals in vulnerable locations around the world.

Britta Davidsohn, president of Stockholm Pride says: “Stockholm Pride wants to actively take part in the global Pride movement. The work Mozaika is doing is truly important and we are proud to be able to support them in arranging Baltic Pride.”

According to the latest ILGA-Europe Rainbow map and Rainbow index (released on May 14, 2018) Latvia is firmly in the last place in the EU with a worrying number of 16% regarding the rights for LGBT+ people. That is not only the lowest in the EU but also only 5% more than in Russia.

Currently the legal position of LGBT+ people in Latvia is much closer to Russia and Belarus than to Western Europe.

This is an extremely dangerous tendency, especially taken in context with CIVICUS Monitor‘s recent conclusion that in the last two years civic space in Latvia has been “deliberately” restricted.

As a result CIVICUS monitor has downgraded Latvia to a ‘narrowed’ democracy due to shrinking civil society space and the decline in respect of fundamental freedoms in the country.

Kristine Garina, chair of Association of LGBT+ and their friends Mozaika says: “At such a critical moment for democracy and human rights it is especially important to uphold freedom of assembly and march at this years pride!  Baltic Pride 2018 in Riga will gather those who feel threatened by this dramatic decline in rights and democracy in Latvia. Support for Baltic Pride at this point is absolutely essential!

“We applaud and thank Stockholm Pride for taking this solidarity action! It means the world to LGBT+ communities in Latvia to have allies and friends who don’t just look away from troubled regions in Europe.”

Stockholm Pride is the largest Pride festival in the Nordic countries and works for the visibility of human rights for LGTB+ people and to create a safe space for homosexuals, bisexuals, transgenders, queers and other groups within the LGBT+ communities.