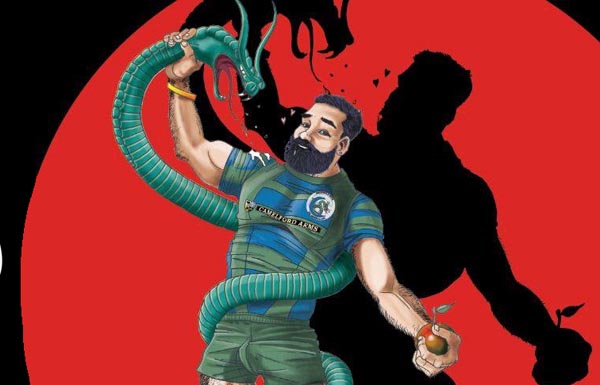 The Sea Serpents in the Garden of Envy variety show will be at Envy above Charles Street Bar on Saturday, June 11. Doors open at 7:00pm, and the show will start an hour later.

Dave Lynn and Kara Van Park will be hosting, with special guest appearances from Sally Vate, Davina Sparkle, Mysterry, Trudi Styles and the Pianoman, and Laura Nixon as Marilyn Monroe, as well as appearances from members of the Sea Serpents.

After the show, you can dance the night away to DJ Ant Nichols.

The night will raise funds for the rugby club to compete in the Union Cup 2017, Europe’s gay and inclusive rugby tournament,with teams from across the UK, Ireland, and Europe including Stockholm, Rome, Berlin, Paris, Madrid and many more. There are 33 clubs eligible to take part.

The club will donate up to £1,000 of the profit made to help the renewal of the Sussex Beacon Summer House, which brings joy to users of the charity’s clients and their families.

Event: Sea Serpents in the Garden of Envy

If you want to play Rugby for the Sea Serpents, email: