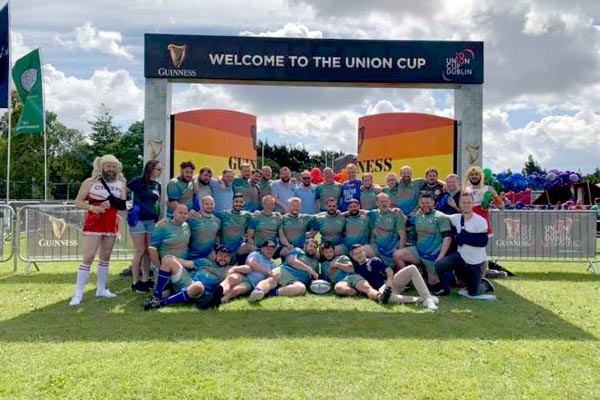 On Sunday, July 21, 2019, Brighton and Hove Sea Serpents RFC will be fundraising to help towards the cost of playing in the 2020 Bingham Cup in Ottawa, Canada.

THE first of many fundraising activities planned for the Sea Serpents RFC this summer – there will be four static bikes loaned by Pure Gym on the terrace, to help members cycle on the spot for 500 miles.

Brighton & Hove Sea Serpents were the winners of the challenger bowl at the 2018 Bingham Cup in Amsterdam.

To defend their title in 2020 and hopefully finish higher than they did in 2018, they need to field a full team of local players at the tournament in 2020 which will be hosted by the Ottawa Wolves RFC in Ottawa, Canada.

Drop in and see them (members of the team and club membership!) complete in the challenge and raise loads of money towards the cost of making the trip.

Go along, learn more about the club, buy some raffle tickets, sponsor the riders and put some money in the buckets all while enjoying a pint on the Amsterdam patio.

The Sea Serpents have just returned from playing in the Union Cup in Dublin where they reached the semi finals before being knocked out by the London based Kings Cross Steelers.

For the last two years the club have been voted Brighton’s Favourite LGBT+ sports group by the readers of Gscene at the Golden Handbag Awards.

Brighton & Hove Sea Serpents are sponsored by Bar Broadway, and are members of the Sussex RFU, the RFU and IGR – the body that encourages inclusive rugby around the world.

Where: Patio at the Amsterdam Bar and Kitchen, 11-12 Marine Parade, Brighton BN2 1TL

Time: All day. Pop along at any time

Cost: A free event. Sponsor the cyclists, put some money in the buckets and buy some raffle tickets. Every penny helps!