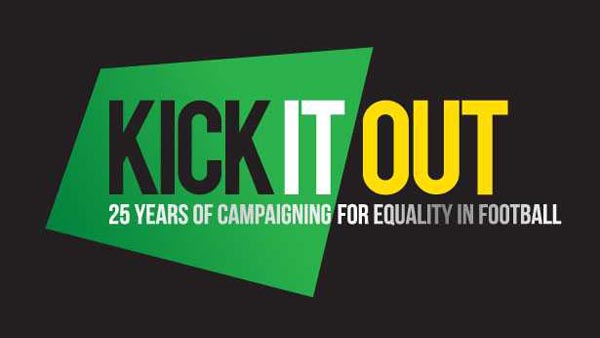 New figures show discriminatory abuse is on the rise again in English football, with racism the most common form of hate speech reported.

STATISTICS from Kick It Out, football’s equality and inclusion organisation, reveal an increase in reports for the sixth consecutive year.

Racism constituted 53 per cent of them during the 2017/18 season, a rise of 22 per cent from the previous year.

Disability discrimination reports rose higher than any other in 2017/18, increasing by 107 per cent from 14 to 29 while reports of homophobia rose by 9%.

Ten per cent of all reports concerned antisemitism. That figure comes as Kick It Out prepares to release a series of educational resources, including a hard-hitting short film, made in partnership with Chelsea Football Club, encouraging football fans to flag up antisemitic abuse. A stewards’ training guide has also been produced with the Community Security Trust (CST).

The statistics are compiled from all levels of the game, including the Premier League, English Football League (EFL), FA Women’s Super League, non-league and grassroots fixtures.

Reports from social media, which was the most popular reporting method, are also included.

Kick It Out chair, Lord Ouseley, said: “It is hugely disappointing to have to reveal, yet again, increasing levels of all forms of discriminatory abuse at football.

“While the increased reports reflect a greater inclination among fans to complain about unacceptable abuse, these trends reflect, in part, what is happening in the rest of society. Hate crime reports have doubled over the last year to more than 94,000.”

He added: “Football cannot be complacent about the risk to the game this represents. Much good work has, and is, being done to prevent and counter unacceptable behaviour. But, the professional leagues and their clubs must do more in a coherent and consistent way – exemplifying all the best practices applied by some clubs – to drive hateful and abusive spectators out of the game.

“Equally, The FA and its county associations, as well as local leagues, must step up their actions to ensure compliance and enforcement at grassroots level.”

You can report discrimination to Kick It Out via their app, email (report@kickitout.org), Freephone number (0800 169 9414) or click here: