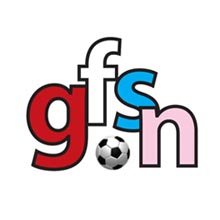 The Gay Football Supporters Network (GFSN), has raised concerns that LGBT football fans at the Russia 2018 FIFA World Cup could be persecuted and arrested simply for carrying rainbow flags after a Russian court passed a bill criminalising anyone spreading “homosexual propaganda”.

The non-profit organisation, a social network for LGBT football fans across the country, which hosts its own national league, worries there will be no repetition of events such as ‘Pride House’ as seen during the London Olympics.

“The GFSN is very concerned that the footballing authorities see fit to award the prestigious World Cup to countries such as Russia which discriminate against the LGBT community.

“We would urge UEFA and FIFA to demonstrate their resolve to tackle discrimination by seeking assurances that LGBT supporters will be able to attend these events without the risk of intimidation or arrest merely because of their sexuality.

“We would also hope that future host applications will be scrutinised more closely so as to ensure that competitions are not awarded to countries with poor human rights records or without assurances from those countries that all members of the footballing family will be both safe and welcome.”

This is the latest in a line of anti-gay events in Russia from people losing their jobs over their sexuality, to discriminatory government legislation, and LGBT people being beaten to death.