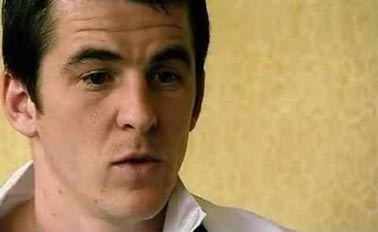 The Queens Park Rangers footballer, Joey Barton is considering suing the Daily Mail sports columnist, Martin Samuel, for an article he wrote calling for the footballer to “come out as gay”.

“I see Jim Royles giving it beans about my sexuality in the Daily Mail. Like thats anything to do with him. Can he say what he’s said?

“Sounds slightly bigoted and homophobic to me. Any legal-eagles out there know if he can get away with this?

“My sexuality is of no concern to anyone except me and my family. Can’t see the missus being happy about this piece.

“Nor, would I like my child (when old enough) to read this tripe. Shoddy journalism.

“I will probably have to sue. I don’t really need the money or the hassle. So I offer this as a olive branch.

Samuel urged Barton to come out so football can have its “gay watershed moment”.

“Could just one footballer please come out and be gay, so everybody can be really cool about it and the sport can get on with its life? Just one, it’s not much to ask surely?”

“The GFSN is working to create an atmosphere in football that would allow a footballer to come out if they wanted to, free from any form of discrimination or abuse. We would never presume to ask someone to come out, that is a personal decision for each LGB&T individual to take. We also do not assume that any player who did come out would become an automatic hero or role model. Any player would be under enormous pressure, both in terms of media coverage and the response by fans and players on the pitch. Front page headlines for footballers are not always good news.

“In particular we find Martin Samuel’s comments in the Daily Mail regarding Joey Barton today unhelpful as they distract from the more important message of trying to create a positive atmosphere in football for LGB&T people. It does nothing to address the very real experiences of homophobia we see in football on a regular basis. We welcome Joey Barton’s positive contribution to the debate in the past and hope he is not discouraged from supporting the LGB&T community in the future.

We are proud of the work we are doing at grassroots level with our league, the only one of its kind in the world. It has many LGB&T football heroes.”

Earlier this year Joey Barton took part in a football programme made by the niece of Britians first out gay football player, Justin Fashanu on gay players in football. He was one of the few profession footballers confident enough in his own sexuality to appear on the program. He explained he had a gay uncle and while understanding the pressure on gay footballers not to come out,  he thought they should.