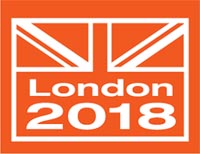 London is bidding to host the 2018 Gay Games along with Paris and Limerick in Ireland.

Since the first Gay Games in San Francisco in 1982, host cities have included Vancouver, New York, Amsterdam, Sydney, Chicago and Cologne. The 2014 Gay Games will be staged in Cleveland and Akron in the USA.

The LGBT sports movement split in 2003 after the Montreal organising committee who had in 2001 won the bid to stage the 2006 Gay Games, broke off discussions with the Federation of Gay Games organisers after they failed to come to an agreement over the size of the Montreal event, the size of the budget, the number of athletes taking part and general financial transparency.

Montreal staged an LGBT Human Rights Conference during the sports festival in 2006 issuing the Declaration Of Montreal at the end of the conference, the principles of which Cllr Paul Elgood and Cllr Simon Burgess signed Brighton & Hove Council up to in 2007.

The Green Party in Brighton & Hove are putting a motion to full council to support the London 2018 bid.

“This council congratulates Sport London, a network of LGBT Sports Clubs in the Capital, which has successfully campaigned for London to be in the final short list of three cities to host the 2018 Gay Games. It is the first time the UK has put its hat in the ring for the Gay Games, and the bid is built on the excellent job done by London in hosting the 2012 Olympics and Paralympic Games.

“The Gay Games started in San Francisco in 1982 and is held every four years. One of the world’s largest sporting and cultural events, it lasts seven days and covers up to 36 sports and cultural activities. It attracts around 10,000 participants from more than 70 nations. Paris and Limerick are the other two cities on the short list. A decision is expected towards the end of the year.

“This council shares the founding principles of the Gay Games, which are inclusion, participation and personal best. It believes Brighton and Hove can only benefit from the games coming to London, particularly through participants and spectators making the short trip to enjoy our city with its strong and vibrant LGBT community. There is also the possibility that one of the national teams might use the city as its base.

“It therefore agrees to ask the Chief Executive to write to Sport London expressing the council’s formal support for the bid.”