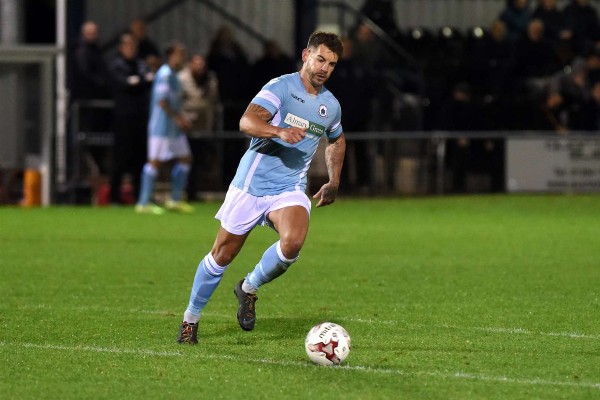 Thetford Town FC player and manager Matt Morton spoke candidly about his sexuality for the first time in an interview with Sky Sports on National Coming Out Day. The 33-year-old described himself as a ‘typical alpha-male footballer’ and said he didn’t realise his sexuality until he was in his thirties after he met a man in 2018. Morton continued: “It felt very surreal to me, but at the same time it felt very natural. I didn’t have that Disney romance at any point with any of the girls that I dated.”

He explained his difficulties coming out to his parents and friends, but said they now have a stronger relationship. Morton also spoke about his experience of being a gay man who doesn’t fit many people’s stereotype of what he should look like, saying “none of it fits, which forces people out of their preconceived ideas of what a gay person is, and what an old-school footballer is.”

He hopes that sharing his story will encourage more LGBTQ+ inclusivity in sports: “Everyone was saying to me that you don’t need to announce it or explain yourself. I’m aware of that, but I wanted to own it, and say, ‘this is me, this is what I’ve realised’. It’s a lot better than it was 10 years ago, but there still needs to be activation around understanding, and events like Pride, because there’s still a long way to go.”