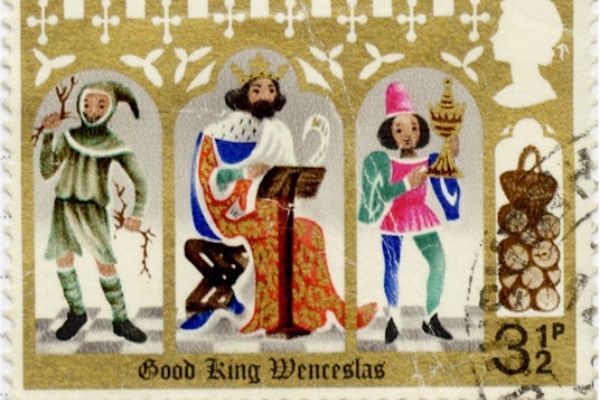 There’s good reason to believe that Good King Wenceslas was gay, the one in the Christmas carol.

Saint Wenceslaus I (907–935) was duke of Bohemia now the Czech Republic . The carol “Good King Wenceslas” is based on a legend about Wenceslaus and his loyal page Podiven. According to the story, it was a bitterly cold night when they went out to give alms to the poor on the Feast of St. Stephen, Dec. 26. Podiven could not walk any farther on his bare, frozen feet, so Wenceslas urged him to follow in his footsteps. His footprints in the snow stayed miraculously warm, allowing the pair to continue safely together.

Many details in the Christmas carol are pious fiction, but the king and his page are both grounded in historical truth. The following is based partly on research from Dennis O’Neill, author of “Passionate Holiness

The earliest accounts of Wenceslaus’ life mention his page — but not the woman who supposedly gave birth to his son in more recent versions. An account written in the late 10th or early 11th century describes the young man who was a “worthy page” and “chamber valet” to Wenceslaus.

It says that Wenceslaus used to wake his page in the middle of the night to join him in doing charitable works. The page is described as “a youth from among his valets who, of all his servants, was the most trustworthy in secret matters. The saint himself truly loved him during his lifetime.”

Wenceslaus was murdered in a coup by his brother at the door of a church in the year 935. The records say that Podiven “was often overcome by grief, sorrowing for days on end.” The brother also had Podiven killed to stop him from spreading stories of the saintly Wenceslaus. Both Wenceslaus and his beloved Podiven are buried at St. Vitus Cathedral in Prague.

The icon above was painted by Colorado artist Lewis Williams . It is dedicated to the memory of Father Larry Craig, a Chicago priest known for service to the Latino community and prison ministry. Before his death in 2006, Father Craig used to stand outside the Cook County Jail at night, giving sandwiches and bus passes to surprised inmates who had just been released. He served as the model for Podiven’s face in this icon.

May these facts warm your LGBTQ heart when next you hear or sing the carol “Good King Wenceslas & here the Dublin Gay Men’s Chorus sing it.