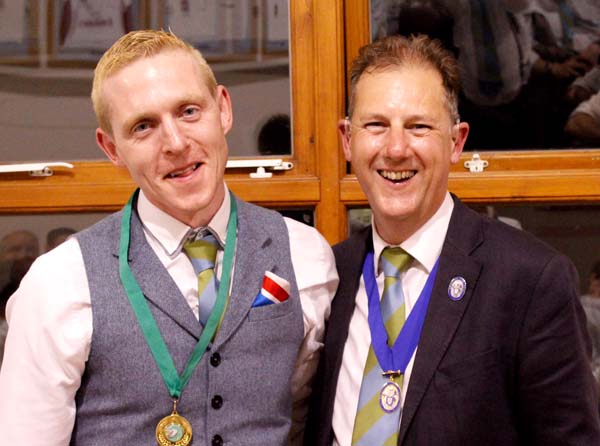 Following a lovely three course dinner the President of the club, Cllr Pete West, Mayor of Brighton & Hove in 2016-17 highlighted the Sea Serpents achievements in the short period since they formed, and looked forward to helping them, through his contacts with the Brighton Fringe and Dutch Ambassador to help build links to prepare for their visit to Amsterdam in June 2018 to play in the Bingham Cup.

Geraldine Brown the Chairman of Hove Rugby Club also spoke highlighting the importance of celebrating diversity in all sports.

The Kangaroo Court followed. For those not acquainted with this ancient tradition, the Kangaroo Court represents an opportunity for teams to dispense their own mob-justice on players for perceived misdemeanour’s committed throughout the season. The club chairman as judge oversees the proceedings whilst the captain takes on the role of the prosecution.

I remember very little after that except all the players who received an award drank a pint a beer very quickly followed by a shot chaser.

Club awards were given to:

♦ Clubman of the Year: Russell Kingaby

Want to play Rugby? For more information about the Sea Serpents, click here: