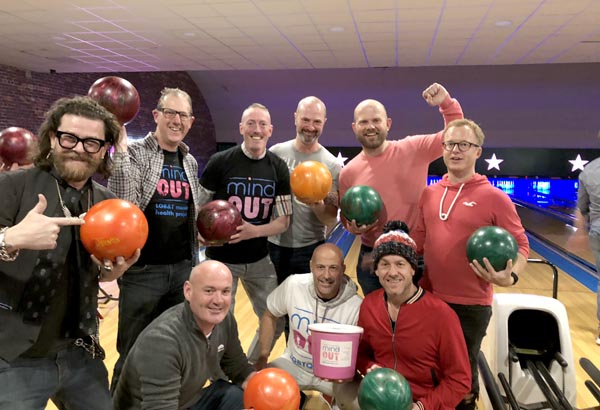 Twenty Six teams from local LGBT organisations and businesses battled it out at the Brighton Marina Bowlplex on February 28 at the annual BLAGSS Tenpin Bowling Extravaganza.

Bear-Patrol, the social networking community group took the opportunity to shake buckets during the evening raising £251 for the LGBTQ Counselling Project at MindOut.

Winners of the tournament were the badminton team from BLAGSS.

Pictured are some of the players from the three Bear-Patrol Teams and the team from MindOut who bowled on the night.