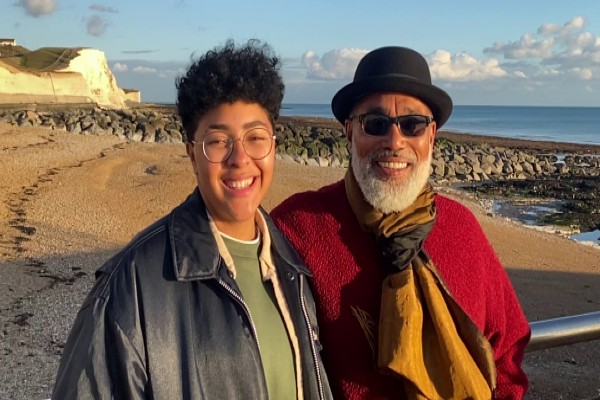 Filmed amidst the growing public consciousness of Black Lives Matter, Space/Walk explores what it is to be a queer/trans/intersex person of colour (QTIPOC). Produced by Brighton-based Marlborough Productions, Space/Walk observes as three Black queer elders and a young adult meet to embark on an unpredictable journey into the inky night that surrounds their city by the sea. Weaving in unheard personal histories, Space/Walk is a joyfully honest exploration of surviving and thriving in an atmosphere that was never designed to support your experience.

Episode 1 is available now on Youtube  and features 17 year-old Miri and Mark, 62.

Space/Walk is a documentary series commissioned by New Writing South as part of the Hear Us Out programme which has been collecting the stories older LGBTQ+ people across the south east of England.

Marlborough Productions is a leading UK producer of queer-led intersectional performances, parties and radical gatherings. Space/Walk has been made by artistic director Tarik Elmoutawkil (Brownton Abbey) Carmen D`Cruz and Amina Yousif. Two following episodes will be released early next year.

Explore Hear Us Out