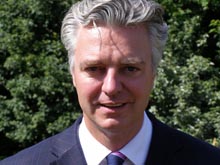 New steps set out by the Prime Minister to ensure the immigration system favours people who “work hard and want to get on in life”  have been welcomed by Simon Kirby, MP for Kemptown & Peacehaven.

Tough reforms, considered by many as unfair, of all the routes of immigration to the UK have been implemented by the Conservatives and have seen net immigration fall by almost a third since the last general election.

“Many people in Brighton Kemptown are concerned about the issue of immigration and after thirteen years of open borders under Labour it is no wonder. Conservatives in Government have implemented a comprehensive policy of reform to our immigration system to make it more robust and more selective. These reforms have seen net immigration cut by a third since the general election.

“I welcome the new steps which the Prime Minister has set out to ensure that everyone who comes here pays their way and gives something back. By changing the rules on benefits and NHS treatment we will stop our system from being a ‘soft touch’. Making entitlement to public services something migrants earn and not an automatic right will stop the ‘something for nothing’ culture which grew up under Labour. These are common sense reforms and they will make a difference for people in my constituency’

“These cowardly proposals are founded on myths and lies promoted by UKIP, the BNP and the tabloids – and completely ignore the reality that immigrants are far less likely to claim benefits than the indigenous population, even after working here for several years, and as a whole contribute more to the public purse than they take out.

“Whilst I recognise that people in Brighton and Hove sometimes struggle to access the housing, medical and other support they need, immigrants are no more to blame for the economic crisis than those struggling to find work, pay their rising bills or feed their children on unacceptably low wages.

“If the Government is really serious about addressing people’s concerns, it should develop border controls that are fair and humane, then do much better at enforcing them. It should also invest in our communities so that everyone – whether you are born here or not – has somewhere decent and safe to live, the prospect of a job and can access school places or the NHS, for example when they need to.
“Instead, not content with attacking the poorest and low-paid through cruel and unworkable welfare cuts, our young people by pricing them out of university, and our public sector workers by slashing their rights and pensions, the Tory-led government is now turning its fire on yet another vulnerable group in society.”