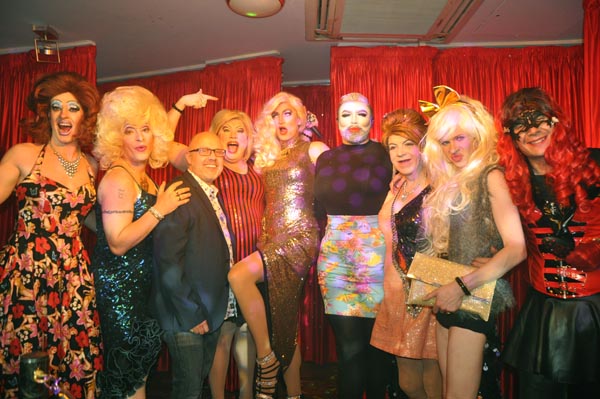 Six contestants battled it out last night (May 31) in the Brighton Heat of Drag Idol at Charles Street to be Brighton’s representative in the grand final at the Two Brewers in London on July 1.

Hosted brilliantly by last years Drag Idol winner, Danny Beard, fresh from his success in Britain’s Got Talent and ably assisted by local favourite Sally Vate, the pair kept the show together and gave great support to the nervous contestants.

Winner was Shallow Vera whose commanding on stage presence and fine voice won over the rowdy audience.

Scottish belle Miranda Jane came second with her clever lip synch and Scottish patter and local favourites Trefari and Linda Bacardi, whose impersonations of Adele and Liza Minnelli where spot on, came in joint third.

Charles Street was packed all evening for an event which has become a great evening out for locals as well as the large numbers of friends and supporters who travelled to support the out of town contestants.

Production for the evening was supplied by Ruby Roo with stage management by Luke Holloran.

Former winners of the Drag Idol crown include Kevin Cruise, Kelly Mild and Baga Chipz, Son Of A Tutu and La Voix.