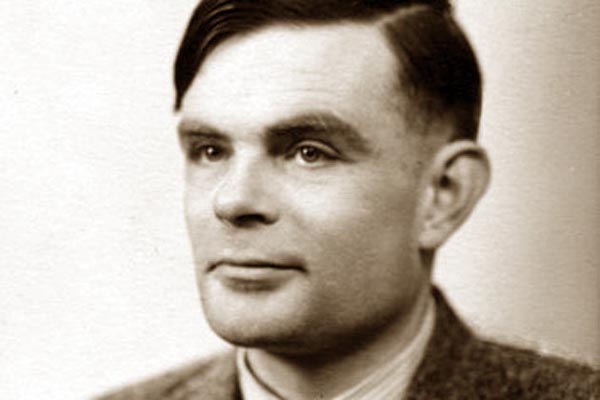 A sculpture of Alan Turing, designed by Sir Antony Gormley, has run into opposition with Historic England.

The organisation believes that erecting the sculpture in the grounds of Kings College Cambridge would impact on the “special character” of the grounds.

The statue was planned to honour Cambridge alumni and national hero Alan Turing, the genius behind the codebreakers at Bletchley Park and credited with bringing forward the end of Word War Two by designing a machine that could decode enemy dispatches.

Historic England is responsible for protecting England’s buildings and monuments. Its objections were that the 12ft high sculpture ‘would result in harm, of a less than substantial nature, to the significance of the listed buildings and landscape, and by extension the conservation area’. It argued that the abstract work of 19 steel slabs wouldn’t fit in.

However it did consider there to be benefit to the public. Claire Campbell, from Historic England, said: ‘We recognise that the proposal would deliver some enhancement to the significance of the King’s College through the introduction of a sculpture by a renowned contemporary sculptor and the visible commemoration of Turing.’

She went on to say: ‘However, we consider the introduction of an eye catching sculpture in a prominent position within the landscape at King’s would be at odds with the existing character of the College.

King’s College has been planning a Turing sculpture for a while but now must wait to see if planning permission will be granted despite Historic England’s concerns.

Sir Antony Gormley was commissioned by King’s College to make the piece.

He said: ‘I am in debt to King’s College and its committee for giving me an extraordinary opportunity to think about this very particular person who unlocked the door between the industrial and the information ages.

‘In honouring Alan Turing and reflecting on his remarkable contribution to the way we live now I do not want to make a statue but the very best sculpture that I can make.’