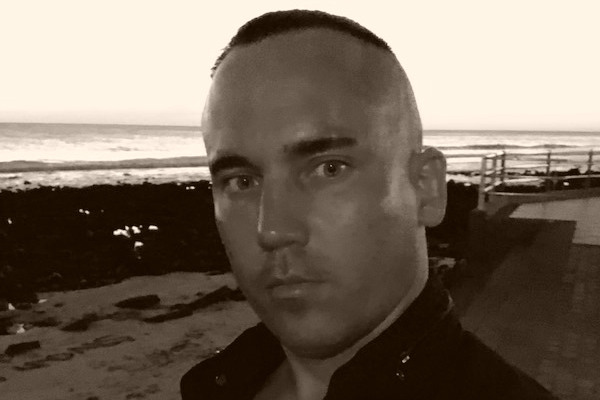 Sam Thomas, a writer, campaigner and recovering alcoholic from Brighton, has launched a petition calling on the UK government to improve the way those with both mental health and substance use issues are assessed for treatment.

Sam’s petition on Change.Org is launched to coincide with Alcohol Awareness Week (November 16-22), which is led by the charity Alcohol Change and has the theme Alcohol and Mental Health.

The petition launch also coincides with Sam’s first year soberversary on November 10. Having detoxed the fourth and hopefully final time off the back of a mental health crisis, he knows all too well the barriers those with dual diagnosis face getting support.

“From the start I told mental health professionals that it was significant trauma that led me to drinking. However, due to the way services are set up they said I must quit drinking first before I could be referred to mental health community services.

“It took five months to realise that the bouts of illness I was frequently experiencing were alcohol withdrawal. When I was seen at A&E on the third episode of serious withdrawal, my deteriorating mental health had reached a crisis point. I was told I needed to refer myself to the local substance use service to detox, which I did. What I discovered was the trauma I was trying to address with alcohol had led me to repeated relapses each time I detoxed.”

Sam’s story is a common example of those with a dual diagnosis. In the UK, it is estimated that 86% of people who access treatment for alcohol use experience mental health problems. Similarly, 70% of people in treatment for drug use also have mental illness. For those people with co-existing mental health difficulties, depressive and anxiety symptoms tend to be the most common.

“They say when you have both a mental health and substance use problem it’s a case of the ‘chicken and egg.’ In reality the trauma leads to the drinking and the drinking compounds the trauma. For many like me having a dual diagnosis is a catch 22 – even more so when you risk serious and potentially deadly withdrawal symptoms.”

According to Sam, people are turned away from mental health services when they have a co-existing substance use problem. They end up stuck in a “revolving door” scenario with multiple A&E and psychiatric hospital admissions, until they find the vital help that they desperately need.

The National Institute for Clinical Excellence (NICE) guidelines state, according to the MIND website: “If you have a dual diagnosis, mental health services should be responsible for your treatment, rather than drug or alcohol services.”

Sam says “The GP told me that I would need to maintain my sobriety for three months before she could make an urgent referral to mental health community services. Having managed my sobriety for this time, I was given a referral.

“In the meantime, I was battling with undiagnosed and untreated Complex-PTSD. My symptoms included extreme and distressing nightmares related to the trauma, dissociation and strong suicidal urges that I’d acted on unsuccessfully several times.

“Even when I was detained by the police under a Section 136 in the middle of overdosing, mental health services were unwilling to admit me to psychiatric hospital on that occasion. However following a further incident, I was eventually admitted a few days later.”

A year ago, Sam underwent a further detox and has remained sober ever since. He has no intention of turning back. “I had enough of the constant relapses, so I had to take charge of my recovery. I had managed to secure specialist counselling for my trauma outside the NHS. But in order for me to begin the therapy I had to be sober. This was finally the beginning of my road to recovery and incentive to get well whatever it took.

“My detox in a general hospital only a few months before the pandemic was particularly timely. Despite the circumstances, the lockdown has given me the time and space to begin therapy. As well as establish the coping tools I need for both my mental health and my sobriety.”

Sam hopes his petition will shine a spotlight on the issues people face with dual diagnosis with a view to alleviate the barriers to integrated treatment and improve service provision.