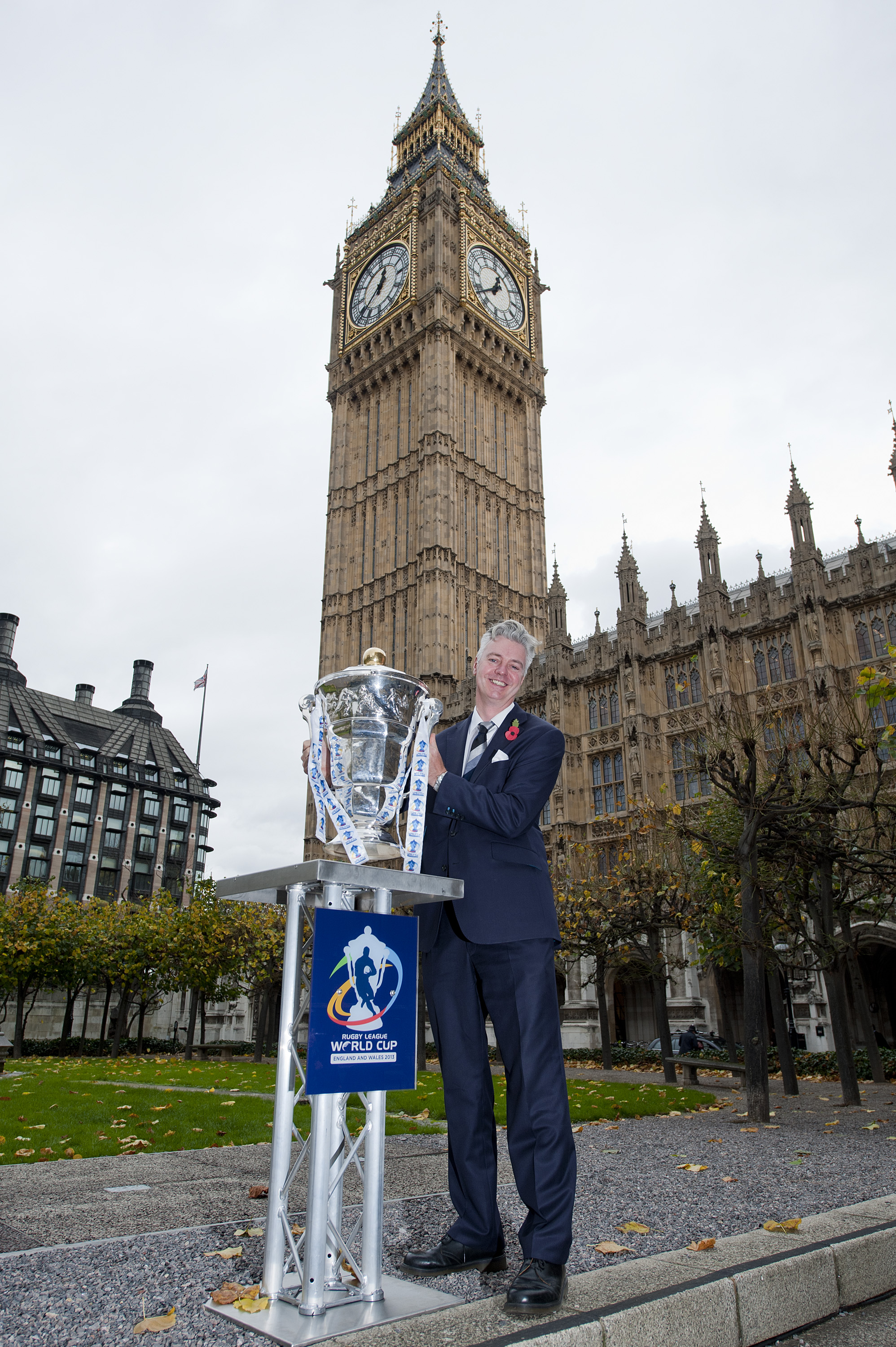 As part of the year-to-go celebrations for the Rugby League World Cup Tournament in 2013, the world cup trophy visited the Houses of Parliament on October 31, giving MPs the opportunity to see and hold the cup, as well as discuss the tournament with the RLWC2013 organising team.

The tournament is the first major international sports event after the Olympic Games and kicks-off on October 26 with England playing Australia at Cardiff’s Millennium Stadium.

Group games will take place across 20 different venues in England and Wales with a semi-final double header at Wembley stadium, culminating in the final at Old Trafford.

Simon Kirby is MP Kemptown and Peacehaven and Parliamentary Private Secretary to the Sports Minister Hugh Robertson took his turn to hold the trophy along with other MPs.

“It is fantastic that we have so many sporting events taking place in Britain over the next few years. As the first after London 2012, the Rugby League World Cup 2013 has a great opportunity to showcase British sporting talent and put on a fantastic tournament.

“We saw the power of sport during the Olympics, and it seems that hasn’t left us. I wish the players, coaches, organisers and volunteers the best of luck as they put on what I am sure will be an outstanding spectacle of international sport.”

More information about the RLWC2013, including all fixture details and how to purchase tickets, is available online at:
RLW2013