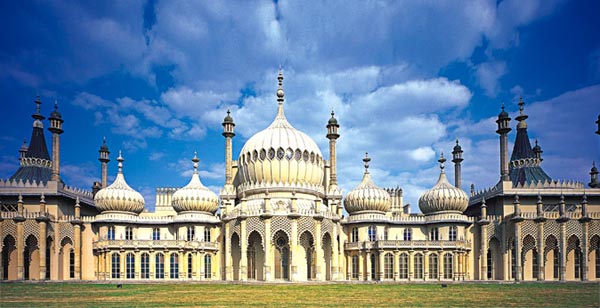 The Royal Pavilion launches a fascinating new audio tour about its history as a military hospital for Indian soldiers and a hospital for limbless men during the First World War on Saturday, December 6.

THE ROYAL PAVILION & Museums are launching a new audio and multimedia guide offering visitors a comprehensive tour of the former Royal Palace’s use as a military hospital during the First World War. The guide goes live on Saturday, December 6 marking the Centenary year of the day the Royal Pavilion first opened its doors as a hospital for Indian soldiers in December 1914.

The new audio and multimedia guide offers visitors an enhanced experience of the Royal Pavilion ground floor rooms and offers an alternative historical perspective on the often overlooked role the building played during the First World War.

While the audio guide focuses on the wartime use of the Royal Pavilion, visitors will also hear descriptions and explore archive photographs showing how rooms were originally used during its Regency period and will discover how rooms designed for lavish banquets, music and dancing were transformed into hospital wards for treating often horrific injures and illnesses sustained by soldiers on the Western Front.

The tour also extends the narrative and develops the history presented in the Indian Hospital gallery by including the next phase of the Royal Pavilion’s use as a military hospital for limbless men from 1916-19.

The new tour will also offer visitors the opportunity to listen to the stories of limbless soldiers’ personal experiences and often satirical stories told through their self-published hospital newsletter ‘Pavilion Blues’.

The Royal Pavilion Military Hospital Tour will offer an alternative to the current standard and family audio tours.

From next Spring the tour will also be offered in two additional languages, French and Hindi, to encourage visits from local and overseas community groups who may have links either to patients, or the staff who treated them from 1914-1919. The translations are currently in development and tours in these languages will be available in early March 2015.