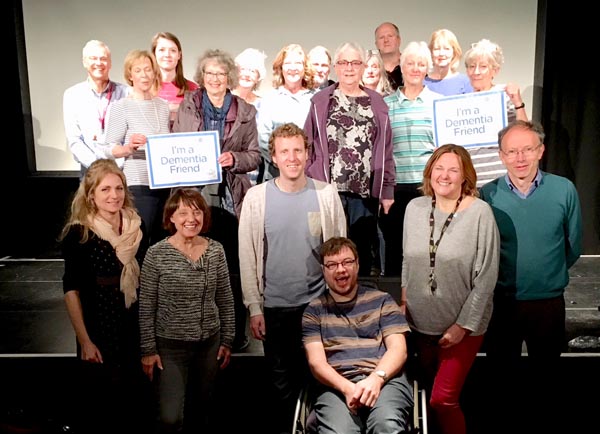 After becoming officially dementia-friendly, Ropetackle Cinema launches new programme of relaxed and friendly screenings with a showing of Mamma Mia on June 10.

ROPETACKLE cinema’s committee successfully bid for extra funds from the BFI (British Film Industry) and has worked with the local Alzheimer’s Association about the type of films that might be successful as well as the correct setting.

Around 25 volunteers, staff and Committee members were given a morning’s training by Tim Wilkins of the Alzheimer’s Association, which has officially made Ropetackle Arts Centre a Dementia Friend. The training highlighted key aspects of life with dementia and allowed staff to understand more about this growing condition.

Mr. Wilkins said: “Having a provision within Shoreham aiming to provide dementia friendly screenings of films is an added bonus to the area.”

Maria Reeves, Ropetackle’s interim centre manager, added: “We are very pleased to be able to support this initiative from the Ropetackle Cinema and look forward to seeing a number of successful screenings over the summer and beyond.”

The screenings will happen once a month on a Monday afternoon. Each film will have a technician in attendance as well as a good number of volunteer stewards.

This means in practice that some auditorium lights will remain on, and there will be a relaxed attitude to any noise. The films will start at 2pm but there will be a cup of tea available as from 1.30pm.