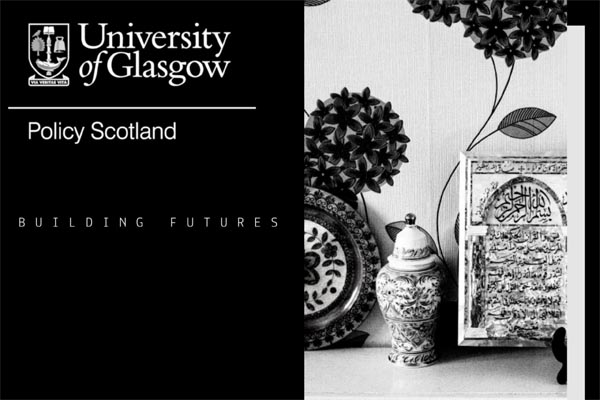 Syrian refugees have higher levels of unemployment than UK citizens, are often overqualified for work they do find, and are being underserved by current British immigration policy despite their eagerness to contribute to society, new research reveals.

A NEW report from a multidisciplinary research team at the University of Glasgow, supported by the Global Challenges Research Fund, offers unique insight into the lives of Syrian refugees based in the UK and how their experiences compare with refugees settled in Lebanon and Greece.

The report’s findings are drawn from interviews with 1,516 young Syrian international protection beneficiaries and applicants aged between 18 and 32. The interviews were conducted in the UK, Lebanon and Greece, between April and October 2017.

The report’s key findings are:
♦ Young Syrian refugees in the UK have the highest levels of skills and training, and are most eager to remain and contribute to the host country, compared with those in Greece and Lebanon.
♦ Young Syrian refugees are faced with higher levels of unemployment in the UK than citizens, while many of them who are in employment are doing jobs for which they are over-qualified.
♦ Refugees in the UK receive better support and have an overall more positive experience and evaluation of actors compared to those in Greece and Lebanon, but access to key provisions designed to enhance labour market participation remains patchy.
♦ Syrian refugees who have been resettled to the UK report overall more positive experiences than those coming through the asylum route, despite higher levels of employment among the latter and the government supposedly taking the more vulnerable among the former.
♦ Young Syrians in Scotland are better supported, and more positive about their engagement with people and institutions, although they are currently more distanced from re-integration into the labour market compared to those settled in England.

The report highlights how outcomes for Syrians resettled in the UK are affected by their mode of entry to the country.

Dr Ben Colburn, Glasgow University’s Head of Philosophy and one of the report’s lead authors, said: “There are two routes of entry for Syrian refugees. Some arrive the in the UK seeking asylum at the UK border after making their own way across Europe, while some 20,000 others have arrived straight from refugee camps as part of the UK government’s Syrian Vulnerable Persons’ Resettlement Scheme, established in 2015.

“Resettled refugees are supported by local authorities, funded by the aid budget for their first year. Entrants through the asylum route, by contrast, are housed and supported directly by the Home Office while in the asylum process. On being recognised as refugees, there are no further resources available to aid their settlement.

“Resettled refugees are happier, more confident and more hopeful than entrants through the asylum route. The latter, by contrast, report worse experiences, less positive interactions with government and society, and less support.”

The authors of the report offer a number of policy suggestions to help address the inequality of outcomes.

Dr Colburn added: “It’s clear that the two-tier system isn’t working as consistently as it should if the goal is to foster social cohesion, facilitate integration and empower Syrian refugees to rebuild their lives.

“Preliminary findings from the next stage in our project indicate possible ways forward, including a more generous scheme of support for refugees such as the one offered in Scotland, imperfect though it is. Many of the obstacles to labour market participation faced by refugees are shared with disadvantaged citizens, which suggests that a unified approach might meet the needs of both groups and encourage support for policies from both refugees and host populations.

“Moreover, in asking both groups about their values and ideals we have found significant common ground between Syrian refugees and UK citizens concerning what matters for a good life: even against a background of religious and cultural difference, our respondents converged on some simple core commitments to family, bodily health and integrity, work, and education.

“This common ground counters myths about ‘incompatible values’ between the two populations. If we design and advocate policy by emphasising this common ground, we can reassure citizens that the principles governing the distribution of scarce resources are ones which everyone can accept, because they resonate with underlying preferences, needs and ethical perspectives that both groups share.”

To read the report, titled Building a New Life In Britain: The Skills, Experiences and Aspirations of Young Syrian Refugees, click here: