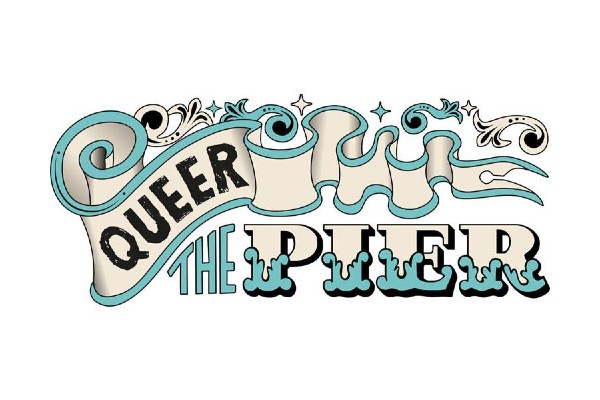 It takes over from the hugely successful Museum Of Transology, said to have gathered ”the largest collection representing trans people in the UK – if not the world”.

The organisers say: “Meticulously researched and curated by LGBTQi+ residents of Brighton & Hove, this unprecedented exhibition takes Brighton’s renowned pier as a symbol of the city’s ongoing reputation as a place where people of all genders, sexualities, social classes and ethnic and religious backgrounds have come to seek pleasure, liberation and fulfilment. Queer the Pier is a timely reminder that LGBTQ+ people have always been part of Brighton & Hove’s story.”

Brighton & Hove residents can visit the museum for free in they a proof of residence with them.

Among the oddities helping to chronicle the experiences of LGBTQ+ people in Sussex over the past couple of centuries is a 1798 blackmail letter from a solicitor to an army captain accused of propositioning another man on a coach to Dorking.

Then there’s Aubrey Beardsley’s original cover illustration for volume IV of the Yellow Book. Beardsley was dismissed as resident artist following the arrest of Oscar Wilde for sodomy – Wilde was carrying The Yellow Book when arrested and, as a consequence, another artist was commissioned for a new cover.

Among items belonging to well-known locals are a newly acquired print by photographic artist Rotimi Fani Kayode, collaborator of Robert Mapplethorpe and founder of the APB Gallery. Portraits of members of Brighton queer, trans, intersex people of colour have been commissioned in response to Kayode’s work for Queer The Pier.

Other items of interest include film footage of Brighton’s conjoined Hilton Twins. Daisy and Violet were born in the Queens Arms in 1908 and immediately put on display. They were taught to dance and play instruments for a life in Variety shows and were very successful, mainly in Australia and the States, once appearing with Bob Hope, plus a cameo in  Tod Browning’s banned film Freaks, from the 1930s. They were inevitably exploited and only through their friendship with Houdini did they get money and freedom. Both twins married gay men and it’s suggested that Violet was a lesbian. Alf, a Community Curator on Queer The Pier, has spent years researching their lives.

Gentleman Jack fans will be pleased to see the coded excerpts from Anne Lister’s diary ( photo above) , all about her visit to Brighton in 1820.

A single typewriter represents the influential writings of Peter Burton, who lived in Brighton and wrote for Spartacus, the UK’s first gay magazine, published out of a boarding house in Preston Street in the late 1960s. Peter went on to write for Gay Times and Gay News for 40 years as well as broadsheets, music magazines and more.

Donated collections include ephemera from a range of LGBTQ+ community members, including the indictment of John Spershott, the last man to be hanged for buggery in 1835. By way of contrast, a photo of the Sussex Gay Liberation Front, protesting in front of the war memorial in 1973, is displayed alongside a colourful selection of costumes and drag outfits belonging to local performers and activists.”

Queer The Pier is part of Brighton Museum & Art Gallery’s Be Bold initiative, supported by Arts Council England, in which members of the city’s LGBTQ+ community have been invited to submit proposals.

“Queer Heritage South proposed an exhibition in which the area’s LGBTQ+ community would be involved in every aspect – from research to curation and production. In a process led by EJ Scott, whose credits include the Museum Of Transology, Queer & Now at Tate Britain, National Trust’s Pride & Prejudice podcast project and West Yorkshire Queer Stories, as well as being resident researcher with Duckie, community contributors have uncovered new and little-known LGBTQ+ historical facts and artefacts, giving the exhibition a fresh and highly personal perspective.”