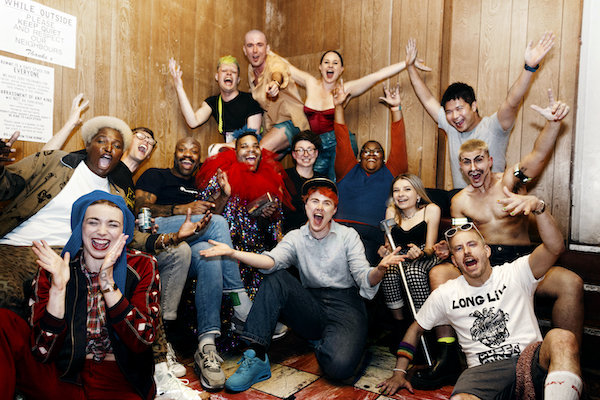 Award-winning queer campaigners Friends of the Joiners Arms have announced they are launching their community share offer in order to raise £100,000 and open a community-run LGBTQ+ venue in London this year.

The community group has already received grants from Foundation for Future London, Co-Ops UK and the Reach Fund to launch the share sale and open the space, and are working with the Greater London Authority’s Culture & Community Spaces At Risk team to secure a site for five years. The funding raised through the community shares will enable the space to be opened by the end of the year.

The venue, to be located in Tower Hamlets or Hackney, will focus on providing events and services for under-served and marginalised members of the LGBTQ+ community. Shareholders will be able to vote on how the space is run, by electing the Management Committee and voting in the Annual General Meeting. The minimum share purchase price is £25, and shares are available to purchase via Crowdfunder until the middle of August 2022.

The space will be constructed by an interdisciplinary queer crew of designers and builders – part of the new critical research network ab__, and have accessibility and community involvement at the forefront.

An ambitious programme of events and services will be available seven days a week, including drag king cabaret shows, film screenings, quiz nights, comedy, in a relaxed ‘local pub’-style venue which will be open from 4pm for alcoholic and non-alcoholic drinks.

There will also be a function room to host regular drop-in events such housing advice clinics, HIV/AIDS testing, health outreach and signposting.

Amy Roberts, Chair of Friends of the Joiners Arms, said: “London has lost so many of its LGBTQ+ spaces to property developers and rising rents and we’ve been fighting back against this. It’s taken eight long years but the strength of our community won through.

“We are so proud to be opening a new queer space, in memory of the Joiners Arms, and are so grateful to the community for all the support we’ve had so far on our long journey. But unless we hit our target of selling £100,000 of community shares, we won’t be able to open the venue.

“So we’re asking people to invest just £25 – although we’ll take more if you have it. For those that can’t afford it, we’re offering a ‘Pay It Forward’ scheme too, to make sure that as many people as possible have a say in how this new queer space will be run.”

For further details, including how to purchase shares, CLICK HERE