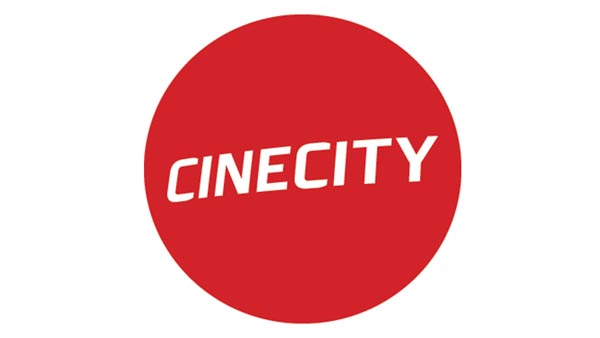 There will be a packed programme of premieres and previews, treasures from the archive and live soundtracks plus free education screenings and special events.

CINECITY is the region’s biggest celebration of cinema and is presented in partnership with Picturehouse Cinemas and the University of Brighton.

Main venues are the Duke of York’s Picturehouse and Duke’s at Komedia but screenings and events will also take place at Brighton Museum & Art Gallery, Sallis Benney Theatre, Attenborough Centre for the Creative Arts, Fabrica, Lighthouse and Latest Music Bar.

CINECITY 2016 opens on Friday 11 at 6.30pm with a special preview of Free Fire, Ben Wheatley’s new action thriller following hot on the heels of High-Rise. Due for release in March 2017, Free Fire was shot entirely on location in a warehouse in Brighton and features Brie Larson, Cillian Murphy, Sharlito Copley and Arnie Hammer.

CINECITY 2016 closes on Sunday, November 27 with Toni Erdmann; the standout film at this year’s Cannes (it received the highest ever star rating at the festival from critics) is a hugely original comedy directed by Maren Ade.

Not to be released until February 2017, this one-off screening is a great chance to see in advance what many regard as the film of the year.

The pioneering American indie film-maker Jim Jarmusch is now into the fourth decade of his career and CINECITY has a Jarmusch Day (Sunday November 13) featuring his two new brilliant films; music documentary Gimme Danger is Jarmusch’s hymn to the legendary Iggy and the Stooges and Paterson, featuring Adam Driver, is his acclaimed new drama.

Also screening in the festival is Uncle Howard, a new documentary about the life of film-maker Howard Brookner which features contributions from Jarmusch and a host of other key New York cultural figures.

Among a host of must-see, hotly anticipated titles is Kenneth Lonergan’s Manchester By the Sea, starring Casey Affleck and Michelle Williams, received to ecstatic reviews and a top candidate for Academy Awards; A Monster Calls adapted from his own hugely popular YA novel by Patrick Ness and directed by J.A. Bayona who balances fantasy and tragic reality in a story for all ages; The Best of British cinema talent is represented by A United Kingdom, Amma Asante’s follow-up to her acclaimed 2013 feature Belle and Lady Macbeth, which picked up rave notices after its premiere in Toronto last month.

TICKET DEALS
The best way for cinema-goers to see as much of the festival as possible is to take advantage of the special ticket deals such as the 4 for 3 – which offers a 4th film absolutely free when you buy tickets for 3 films. (This can also be used to get 2 titles free when buying tickets for 6 films). There are also a number of tickets for all festival films priced at just £5 for those aged 25 and under.

Full details of the festival programme and to book tickets, click here: