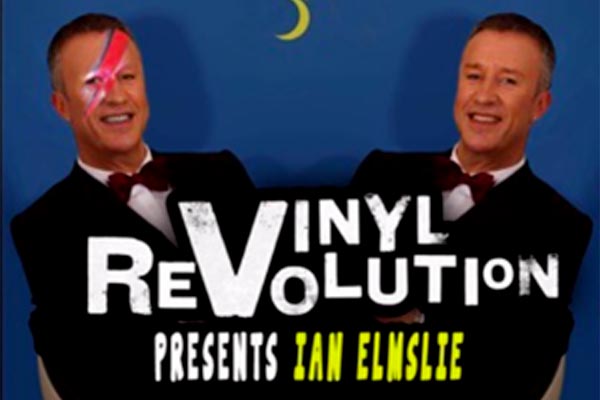 In 2017, to acknowledge and celebrate the 50th anniversary of the decriminalisation of homosexuality, Ignite Books published A Marvellous Party, a collection of heartfelt tributes to queer heroes and heroines, written by Ian Elmslie, the musical half of award-winning gay cabaret act, Katrina and The Boy.

From musical heroes such as David Bowie, Tom Robinson, Boy George and George Michael, to stars of stage and screen including Liza Minnelli, Victoria Wood and Julie Walters, and the literary icons Quentin Crisp and Armistead Maupin, Elmslie acknowledges the inestimable influence of these personal heroes on his life, but also details the unparalleled thrill of meeting these legendary figures.

The centrepiece of the book features a first-hand account of working on the gay cabaret scene during the Nineties, detailing the joy at the newly found and positive visibility of the community while addressing the devastating impact of HIV/AIDS.

As the going got tough, the tough went dancing and singing in the gay clubs and pubs across the land, with spirits being lifted by the likes of such drag luminaries Lily Savage, Regina Fong, Adrella, Dave Lynn, Dockyard Doris and Phil Starr, to name but a few.

Elmslie recalls nights at the Royal Vauxhall Tavern, at Pride, at the Edinburgh Festival, leading the reader through page-turning adventures, mixing laughter with occasional tears, and remembrances of friends  passed and places closed, but never forgotten.

Each chapter celebrates a hero, and encourages the reader to consider their own personal journey, and how they too have not only survived but flourished through the most testing of times.

Ian, returning to his cabaret roots is bringing the book to life in the form of a live and musical presentation of stories from the book. The musical numbers celebrating the incredible catalogue of music created by LGBT composers.

The full program features songs by Elton John, Joan Armatrading, Labi Siffre, Billie Holiday, William Finn, Tracey Chapman, and a host of others, and original songs by the author. One of the first performances will be at Vinyl Revolution on March 7.

Ian says; “I could not be more excited and delighted to be presenting the Brighton premiere “taster” of my show at the wonderful Vinyl Revolution. To be surrounded by the music that changed my life is both appropriate and an honour. I can’t wait to present stories from the book, and celebrate our shared history.”

The event is absolutely free, but space is limited and those interested are recommended to get there early. Signed copies of Ian’s book will be available for £10 and the record store will also be open for the audience to treat themselves to some rare and beautiful vinyl. It is indeed sure to be A Marvellous Party.