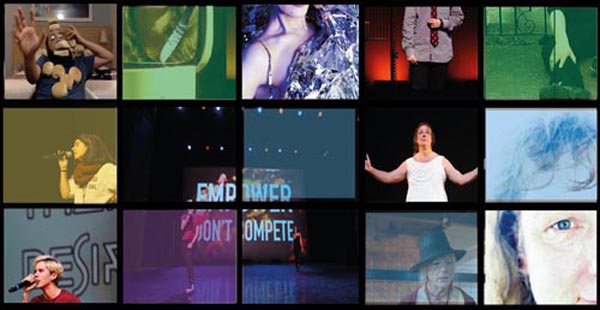 The National Theatre of Scotland (NTS) present Beyond the Binary: Trans Artists in the Digital World, a free digital symposium exploring how trans and non-binary artists from across the world are using digital media to transform their practice and make a difference.

The team behind the NTS’s digital international trans choir, the Adam World Choir, and the creatives and producers behind the globetrotting Queen Jesus Plays host the event, which will feature discussions and panels with a number of leading Scots LGBT+ artists and activists.

Writer and performer Jo Clifford and director Susan Worsfold will be introducing an extract from the film of their globetrotting creation The Gospel According to Jesus, Queen of Heaven, followed by a live link up to the Brazilian production team in São Paulo to discuss the impact of their version of the play in Brazil.

Marc David Jacobs from the Scottish Queer International Film Festival, artist and activist Kate O’Donnell, and musician and producer Kerry JK will lead a discussion examining the role of digital art in driving social and political change. They will also officially launch an album of brand-new music from members of the Adam World Choir entitled Songs from the New Genderation.

For those unable to travel to Glasgow, the whole event will be streamed live, and can be viewed around the world on the NTS’s Youtube channel: To view, click here:

Event: Beyond the Binary: Trans Artists in the Digital World