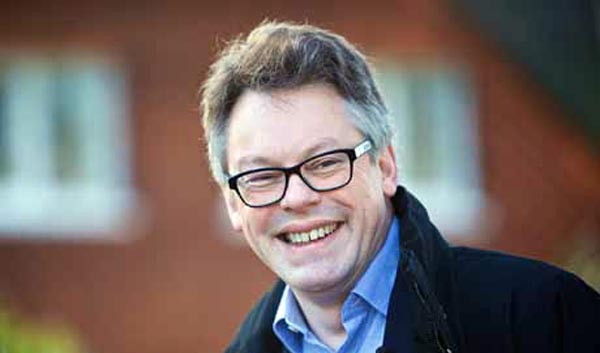 Sir John Dermot Turing to speak about the Codebreaker’s life and work.

You saw him in The Imitation Game but who was the real man behind the glossy film?

Alan Turing, played by Benedict Cumberbatch in the Hollywood movie, had a key role in Bletchley Park’s codebreaking during World War Two when his ingenious co-invention of the code cracking Bombe machine greatly sped up the decoding process.

Now his nephew, Sir John Dermot Turing, will be giving a unique family perspective on the mathematician’s life and work in a talk at Bletchley Park, the Home of the Codebreakers.

In Bletchley Park Presents Sir John Dermot Turing, which takes place on Sunday, April 3, Dermot will give his own commentary on the life and discoveries of one of Britain’s revered characters.

Educated at Sherborne and Cambridge like his famous uncle, Dermot later moved into the legal profession. He now serves as a trustee of Bletchley Park and pursues interests in history and codebreaking.

Dermot’s book, Prof: Alan Turing Decoded, was released in September and takes a fresh look at the influences on the Codebreaker’s life and creativity.

The talk will take place from 2pm to 3pm, followed by a Q&A session with tea or coffee and cake and afterwards Dermot will sign books in the Visitor Centre.

Ticket holders can arrive early to explore the heritage attraction at their leisure.