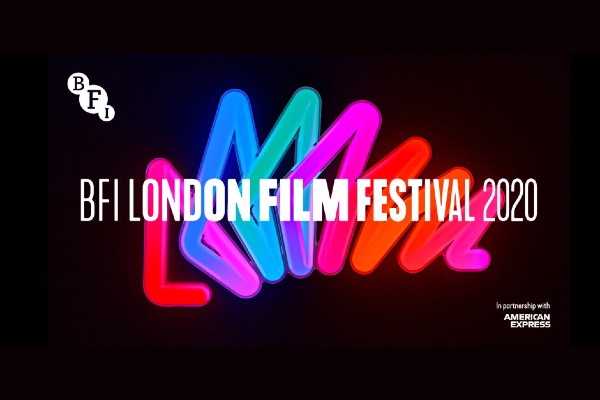 The 64th BFI London Film Festival in its necessarily re-imagined format will run from 7 to 18 October it’s been announced.

Its ambitious programme includes 50 virtual premieres, previews at BFI Southbank and screenings in cinemas across the UK.

The films come from more than 40 countries and include fiction, documentary, animation, restored classics and series made for the small screen. All screenings will have introductions or question and answer sessions from  filmmakers or programmers.

The Festival kicks off with the European Premiere of Steve McQueen’s Mangrove, starring Letitia Wright and Shaun Parkes.

Tricia Tuttle, Festival director said: “ This has been such a period of uncertainty and change across the industry but we’ve been so encouraged by the adventurousness of filmmakers and rights holders, and the spirit of unity and experimentation. We all want to be back in cinemas, seeing films on the big screen, together, immersed. But we also want to keep seeing new cinematic storytelling, from all parts of the world , hearing different voices and perspectives .”

Ammonite – directed by Francis Lee and starring Saoirse Roman, Kate Winslett and Fiona Shaw. Set in 1840’s England, it tells the story of acclaimed but overlooked fossil hunter Mary Anning, and a young woman sent to convalesce by the sea. Their intense relationship alters their lives forever.

Days – directed by Tsai  Ming-Liang, stars Kang- Shen Lee, Anong Houngheuangsy. Kang lives in a big house while Non is in a small apartment in the town; they meet, then part, their days flowing on as before.

If It Were Love – directed by Patric Chiha, stars Philip Berlin, Marine Chesnais and Kersten Daley- Baradel. 15 young dancers tour a dance show on the 90’s rave scene. Following them from theatre to theatre, the film documents their work as well as their strange intimate relationships. It’s billed as a journey into our nights, our parties, our lives.

Cicada -directed by Matthew Fifer and Kieran Mulcare, stars Fifer and Sheldon D Brown and Sandra Bauleo. In New York City in 2013, a young bi-sexual man enters an interracial relationship . Against the background of a cicada summer, he comes to terms with his own childhood trauma.

Supernova – directed by Harry Macqueen, stars Colin Firth, Stanley Tucci and Pippa Haywood. Sam and Tusker , partners for 20 years, travel across England in their RV to visit family and friends and places form their past. Diagnosed with early onset dementia, Tusker realises their time together is the most important thing they have.

The full programme can be found on the BFI website here: