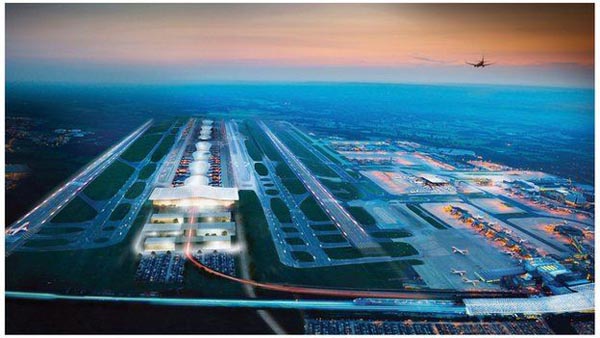 Following the decision made by the Conservative and Labour groups on Brighton and Hove City Council to give formal council support to building a second runway at Gatwick airport, Green councillors have announced their opposition to the decision.

Green councillors claim there is not enough evidence that the expansion would be good for the local economy and highlight the environmental and predicted impact on the local economy such as noise, increased traffic and poor air quality.

Green councillor Tom Druitt, group spokesperson for Economic Development said: “This is hugely disappointing from an economic and environmental point of view.  It’s shocking that Labour and Tory councillors have brought this to committee so soon after Conservative-led West Sussex County Council voted against the airport on economic and infrastructure grounds.

“Gatwick’s main use is for British holidaymakers on short-haul, outbound flights.  That means more flights will take people away from Brighton & Hove, when we should be encouraging tourists to come and spend their money in the city”.

Green councillor Louisa Greenbaum, sits on the Economic Development and Culture committee that voted on the motion.

Earlier in the year after realising that one of the sponsors of Brighton Pride was Gatwick Airports, she demanded Pride refund her ticket money to the event. Gatwick also sponsor The Brighton Festival and Brighton Fringe.

Asked for a comment at the time Cllr Greenbaum, said: “I’m afraid I am still at work and won’t be home until 8pm ish, but will do my best to respond tomorrow! Though it is my daughter’s birthday so might not be possible. Thursday I am travelling all day, so it might have to be Friday.

No comment was forthcoming and Pride refused to refund her the price of her tickets.

Commenting on the present decision, Cllr Greenbaum, said: “Air travel is extremely damaging to the environment, and is one of the fastest growing contributors to climate change. Building a second runway at Gatwick Airport would have a huge negative impact on the environment both globally and locally.  Expansion plans would destroy ancient woodland, impact hugely on air quality, and would increase road and rail congestion on already overloaded routes.

“At a time when we need to be encouraging more sustainable lifestyles to preserve the planet, this is an entirely irresponsible and damaging move.  I’m disappointed to see neither of the other parties acting in the benefit of local residents, businesses or the environment.”

Gatwick provides around 21,000 on-airport jobs, of which around 2,500 are London Gatwick employees. The airport provides a further 10,000 jobs indirectly and contributes £2 billion annually to the economy of London and the South East including Brighton and Hove.

Gatwick is owned by a number of international investment funds, of which Global Infrastructure Partners (GIP) is the largest shareholder. Between 2008 and 2014 £1.2 billion has been invested in the airport and since the change of ownership in December 2009, Gatwick has invested over £900 million in upgrading facilities for its customers.