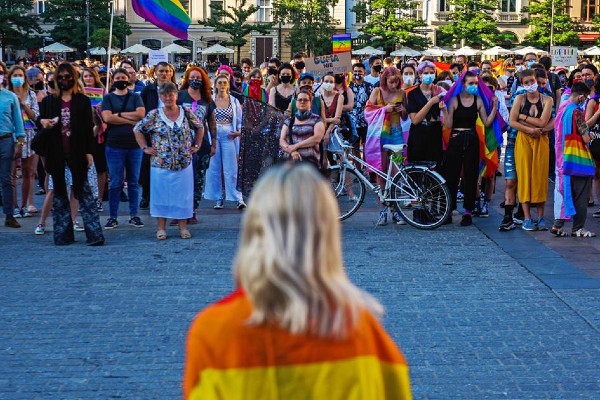 Lawmakers in the Polish province of Swietokrzyskie have voted unanimously to repeal 2019 regulations that declared the region an ‘LGBTQ+ free’ zone after the EU threatened to withhold billions worth of funding if policies to accommodate the LGBTQ+ community were not made immediately. According to the Associated Press, the 2019 laws have been replaced with policies that offer “a guarantee of equality and fair treatment for all.”

Activist Bart Staszewski, known for protesting against Poland’s LGBTQ+ free zones, described the moment as a “great day for Poland and great success of activists and civil society”, adding: “I am really moved.” Despite the law changes in Swietokrzyskie, there are still approximately 100 LGBTQ+ free zones in the country. Opposition towards the community has grown rapidly since the 2020 re-election of anti-LGBTQ+ president Andrzej Duda who vowed to crack down on what he refers to as queer ‘ideology’.

Following the rise in anti-LGBTQ+ hostility in Poland, the EU launched the LGBTIQ Equality Strategy. This action plan aims to oppose right-wing regimes of prejudice against queer people after 43% of LGBTQ+ people reported being discriminated against in the last year. Explaining the strategy, EU commission vice-president Vera Jourova said: “We will defend the rights of LGBTQ+ people against those who now have more and more appetite to attack them from this ideological point of view…This belongs to the authoritarian playbook and it does not have a place in the EU.”