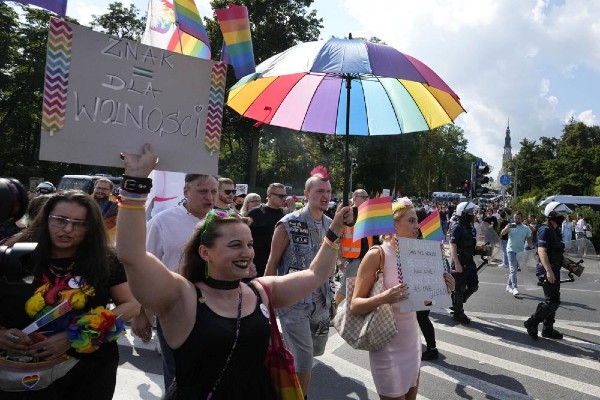 Despite governmental hostility towards the LGBTQ+ community, Poland saw two Pride marches last weekend, with organisers taking to the streets of Czestochowa and Gdansk to protest the rise in ‘LGBTQ+ free zones’ in the country. Speaking to Associated Press, LGBTQ+ activist, Monika Radecka, said there was a strong turnout at the Czestochowa march, which could indicate increasing support for the queer community.

However, Radecka pointed out that there is still “a large group” in Poland that does not support LGBTQ+ rights. Both Pride marches saw a large police presence and counterprotesters who were heard shouting anti-LGBTQ+ statements such as “no homosexual love”, at marchers. Although there was tension between the two groups, no reports of violence were cited.

The Pride marches came shortly after the council of Malopolska voted to remain an LGBTQ+ free zone despite threats from the EU to cut €2.5bn worth of funding. Earlier this year, European Union added a new clause to its funding rules earlier this year which states that EU countries must show respect for the European Charter of Fundamental Rights. However, many of Poland’s LGBTQ+ free zones have kept their regulations in place.