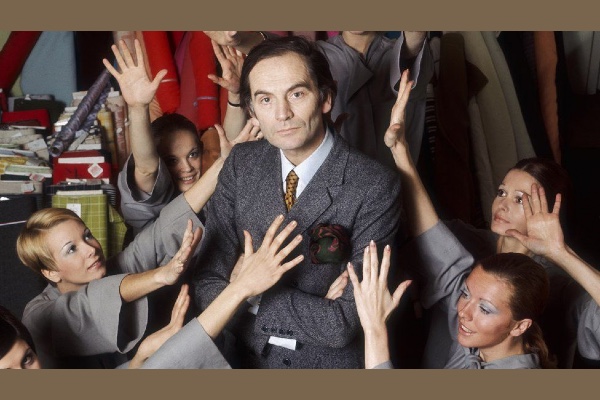 Openly gay French fashion designer Pierre Cardin, known for his unique and revolutionary creations, has been pronounced dead at 98 by family members while in a hospital in Neuilly – the cause of his death has not yet been confirmed. Cardin had a highly successful career which spanned several decades; after being interested in fashion from an early age, he did a tailoring apprenticeship at the age of 14.

Soon after, he moved to Paris where he worked for some of the most famous fashion houses of all time, and in 1950, set up his own company. He dressed some of the biggest contemporary celebrities, including Audrey Hepburn, The Beatles and Mia Farrow, and advanced the notion of gender-neutral fashion with many of his clothes diverging from the norms of femininity in fashion. Many of his items were unisex and he often worked with colourful prints and geometric shapes.

Cardin had a four year relationship with French actress, Jeanne Moreau, but was also in a relationship with his longtime artistic director, Andre Oliver. He is supposedly the first fashion designer who made men’s clothes, with Cardin himself previously saying: “Before me, no designer made clothes for men, only tailors did,” and adding: “My favorite garment is the one I invent for a life that does not yet exist, the world of tomorrow”.

Tributes have poured in for Cardin, with his family saying: “It is a day of great sadness for all our family. Pierre Cardin is no more. We are all proud of his tenacious ambition and the daring he has shown throughout his life.” The French Academy of Fine Arts tweeted in commemoration of him, saying: “It is with great sadness that the members of the Academy of Fine Arts announce the death of their fellow member Pierre Cardin.”