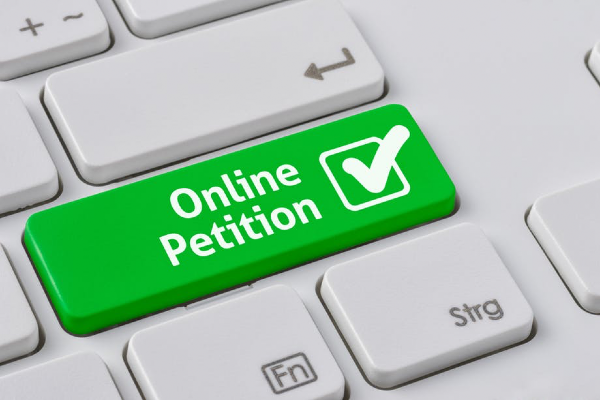 We all have some connection with charities.

Many of us have volunteered and others have donated.

Some have run a marathon and others done a bake sale.

I donate all my clothes to charity shops and my friend sings for free at charity events.

There are all sorts of charities and they all aim to inform, educate, raise money, support, provide assistance, raise awareness, help those in need and be charitable to someone who needs it the most. We might have a favourite charity that we donate to or we might have a dozen.

Are you someone who prefers helping animals which are defenseless against human cruelty, or helping little kids who are suffering from debilitating conditions?

Do you help the aged and the homeless or heart and cancer charities?

We all try our best to help those in need in whichever way we can.

Would you ever support a charity that was set up by the KKK aiming to bring slavery or how about a charity set up by a patriarchal lobbying group trying to get women’s rights rolled back?

Of course you wouldn’t. No-one in their right mind would do that. These are hate groups and even though they do accept donations by fanatics, we would never be part of that.

Would you allow a transphobic hate group to become a charity and accept UK taxpayers money to be used to increase their donations? Of course you wouldn’t.

Well this is your chance to prevent this from happening.

LGB Alliance has applied to become a charity. They are well known for pretending to be all about Lesbian Gay and Bisexual solidarity whilst trying to discriminate and segregate the Trans, Non Binary, Intersex and Queer community.

They are shrill when they insist that they are not anti-trans but everyone laughed at them when they publicly came up with a list of questions to ask your potential political representatives during elections.

One would expect and LGB Alliance “fighting for the rights of Lesbian, Gay and Bisexual people” to ask questions about reforming outdated UK surrogacy law to make it easier for gay men to start a family; making the HIV-prevention drug PrEP available on the NHS to all who need it (mostly gay and bisexual men); reversing cuts to mental-health services, which would be especially helpful for bisexual women, who have the worst rates of depression and anxiety out of LGB people and are also the most likely to self-harm; erasing the historical convictions of gay men who were criminalised for having consensual sex (71% of applications have been turned down by the Home Office); expanding same-sex marriage to British Overseas Territories including Bermuda, Gibraltar and the Falkland Islands; and giving lesbian couples the same access to NHS-funded IVF treatment as heterosexual couples.

But instead, what they advised people to ask their potential political representatives was about stopping children being taught about different gender identities (“confusing and potentially harmful”); removing any references to gender identity or trans issues from schools’ LGBT+ lessons; asking candidates if they are aware of the “dangers of giving experimental medical treatment” to trans kids; banning puberty blockers for trans kids; agreeing that lesbians and gay men should have “the right” not to have sex with trans people; ban trans women from women-only spaces; support LGB groups like the Alliance, who are doing such vital work for the LGB community, to hold meetings; and finally – for Lib Dem candidates only – ask if they still want your vote if you “do not believe that humans can change biological sex”.

There is a petition to make the Charities Commission aware of the hate this group spreads, and  I would ask you to sign it now.

As of this morning more than 15,000 people have voiced their concern at the activities of this group and wish to make sure that the LGBTQ+ community is heard in it’s clear unambiguous views about this so -called  LGB alliance.

The petition states ‘We ask that Baroness Tina Stowell and the Charity Commission considers the views of the LGBT+ community, who wholeheartedly reject the anti-trans views of the LGB Alliance.

LGB Alliance are not fit to be given charitable status and their application must be rejected.’

You can learn more about this petition or share it here