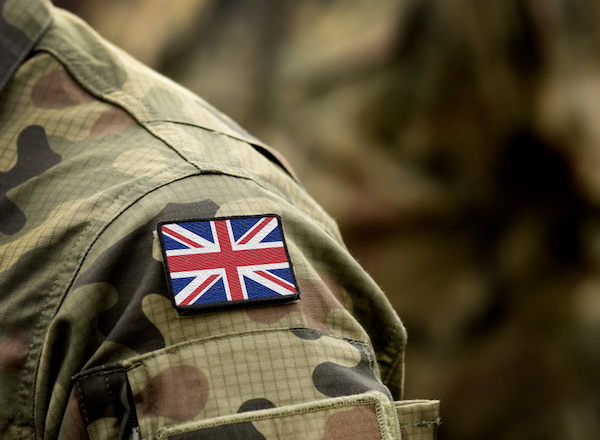 From today, serving personnel who are taking suppressive treatment for HIV, and whose blood tests show no detectable virus, will now be recognised as fully fit for all service. The policy change also applies to anyone wishing to join the military, meaning living with HIV is no longer a barrier for those wishing to serve.

Lieutenant General James Swift, Chief of Ministry of Defence People, said: “Our people are our greatest asset and as part of the drive to modernise our Armed Forces we are making these long overdue policy changes so people with HIV, but no detectable virus, are now able to join the military and those serving will be declared fully fit.

“This welcome change in policy is a recognition of the superb medical advancements that have been made and the decisive work by those that helped to bring about these changes. We will continue to ensure that all our people have the best experience possible, where their health and wellbeing is prioritised, and they can serve with pride and feel valued and supported in a modern Armed Forces.”

Ian Green, Chief Executive at HIV/sexual health charity Terrence Higgins Trust, added: “Forty years since the start of the HIV epidemic, this historic rule change shows the truly remarkable progress that’s been made. We’ve made huge strides in the fight against HIV and you can now live a long, healthy life with the virus. That means no career should be off limits – including serving in our armed forces.

“It’s crucial it is now properly implemented to see the real-life impact of this momentous change for both existing serving personnel and those wishing to join. We also need to see an end to the final barrier in place which stops military aircrew and air traffic controllers taking HIV prevention pill PrEP to protect themselves against the virus. This must be reviewed and implemented as soon as possible.”

The changes will be welcome news to those currently unable to deploy on operations. The new policy will ensure that people living with HIV will be provided personal medical supplies to last throughout their deployment. If this should get lost or damaged, it can be replaced using the same process that already exists for other personnel needing regular medication.

The policy changes aim to remove unnecessary restrictions and processes and ensures that HIV is managed in the same way as any other comparable medical condition. These changes will remove the stigma around HIV and encourage everybody to get tested and treated, ensuring a better outcome for everyone.

Lieutenant Commander Oli Brown, welcomed the policy, saying: “From today I can be considered fully fit by the Royal Navy for the first time since I told them about my HIV diagnosis. Being labelled as limited deployable made me question myself and doubt my capability – it took a toll on my mental health. The biggest thing about this change is knowing that no-one else will feel how I did.

“The message is loud and clear – people living with HIV are not limited in any way. I take one tablet a day which makes my HIV undetectable and that I can’t pass it on. There is no reason why I, or anyone else, should be restricted in the Armed Forces and today’s change reflects that reality.”