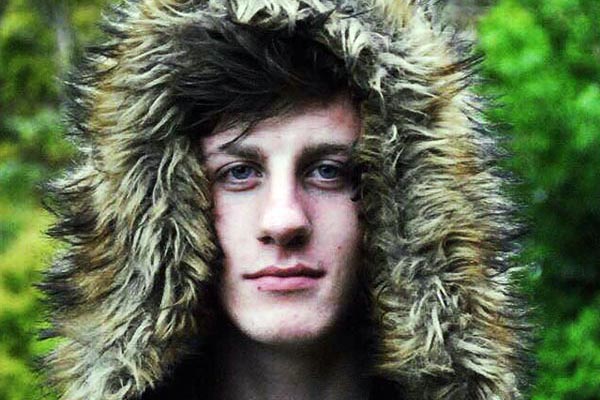 My son Paddy was 21 years old, when he died of a GBL overdose in March this year. In a stranger’s house. Early in the morning. He was born in Eastbourne and died in Brighton.

IT’S fair to say that Paddy was hedonistic and lived to party. Highly intelligent and sociable, he was the centre of his many groups of friends, in Brighton, Sheffield, Hull and Eastbourne.

I’m going to use the present tense from now on, because I believe Paddy is still with us.

He is the eldest of triplet boys. Paddy, Tom and Eóin are all gifted musically and like Paddy, love drum and bass. The boys are privileged … private school education, no money problems, cars and motorbikes to hand, successful at their A level studies, sports, music, European travel and many good friends.

Well … my family have a history of drug and alcohol abuse. My brother died in his 40s and our extended family, without exception, are heavy drinkers. Some people like music, some like music a lot but we live it. It grabs our souls and defines the backdrop to our lives. For my brother, it was heavy rock and concerts. For Paddy it’s drum and bass, clubs and festivals.

And there’s the problem. Drug culture is intimately connected with the music scenes of both generations. I would go further. For some, who are perhaps especially attracted to the music, the subculture takes over. Is it just the music? I don’t think so, but it acts as a gateway to other things.

We know about gateway drugs of course, but most young people don’t succumb to addiction. It depends on their susceptibility … genetics, support environment, group norms and common sense. So, a relatively small fraction of each generation will spiral down within a lifestyle that can be lethal. The vast majority, try the life for a while, it doesn’t take over and later on, they are in control of their lives. Subsequent drug use (if any), is controlled and they’re in charge, not the drugs.

Back to Paddy. His drugs of choice were cannabis, ketamine and MDMA during his mid to late teenage years. Much, much more than his brothers. At university, even more of the same drugs plus cocaine and amphetamines. Then Xanax took over, another gateway drug I think. From Xanax, a drug prescribed to treat anxiety and panic disorders, his life spiralled down in a frighteningly short time. Xanax not only gives the ‘drug effect’ but impairs long-term thinking, planning and risk assessment. Unsurprisingly, crystal meth, methadone and GBL followed.

Shortly before his death, Paddy decided that enough was enough and he asked for help. I believe that he witnessed a friend’s near fatal GBL overdose. Sadly, psychiatric care and a clinical psychologist were too little too late and frankly, I think the rehab. program scared him. He turned up high for an appointment and less than 12 hours later was dead.

Paddy died of a cardiac arrest in a stranger’s house. His brain died on the Wednesday but the paramedics were able to restart his heart. The rest of him died two days later.

Paddy was not a naïve, inexperienced drug user and had great insight of dosage, frequency of use and type of drug to take. So, what happened? Was his death simply the inexorable conclusion to his high-risk lifestyle? I think not.

It’s no exaggeration to say that hundreds of young men are dying each year, due to their use of this drug, GBL. Why? Simply because it’s so easy to overdose on. Why? Here’s what’s different about GBL. The dose needed to kill is very close to the dose needed to work for its desired effect. Other drugs are not like this. Yes, you can overdose on them but they are much less likely to kill and a fatal dose can be orders of magnitude greater than the effect dose.

Some might say that Paddy was responsible for his choices and I agree. He arrogantly thought he was invincible. His fatal mistake was to have no knowledge of GBL pharmacokinetics and dynamics. Does anyone?

I can hear him saying; “it’s only a class C drug so it must be safe.” “I’ve taken other drugs in excess, so I’ll be OK doubling up with this one too.”

I haven’t mentioned his sexuality yet, because it should not be relevant. He’s gay and so is one of his brothers. But it is relevant. Why? Because, at least for now, GBL is predominantly used by gay men.

I didn’t want my son to die and I’m crying as I type this but what will I do about it?

I’m thinking of a petition on change.org … a few hundred thousand signatures are needed for this issue to be raised in parliament. I’ll talk to my MP. I’ll go around our local schools and talk about drug use and question what LGBT support might be needed.

Finally, what should the issue be? – Include GBL in routine toxicology. If so, there will be additional expense.

However, we’re likely missing an epidemic because we’re not looking. It’s frustrating to know that the last hard data was from a limited research project by Imperial College, London in 2015.

Lets campaign to make GBL a class A substance. It’s debatable whether the drug classification system is working and argument about decriminalising drugs will complicate the issue. However, as a first step, this might be worthwhile.

To find the right clinic for you or book an appointment at SHAC (Brighton & Hove Sexual Health and Contraception Service), visit: www.brightonsexualhealth.com or call 01273 242091.

If you’re looking for help with your drug or alcohol use, or would like advice on accessing one-to-one sexual health support, email:

Maybe you just want to share your experiences or ideas about how best to tackle this unfolding epidemic direct with Paddy’s father, if so email: lovepaddybloor@btinternet.com