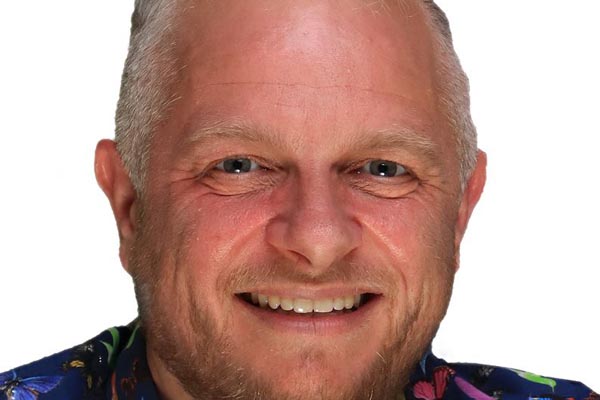 Dr Samuel Hall on how parenting is a privilege, and sending your kids out into the big wide world.

I’VE just lost a weekend. Setting off on Friday night with my eldest child on a road trip to deliver her to university, we stayed overnight with friends in the north, and then drove further north still, to Scotland, arriving in Edinburgh on Saturday afternoon. One carload, including bike, one food shop, one emergency bedding dash (who knew students got double beds these days?!) and several hundred pounds later, I left my progeny in Edinburgh and drove home again via another old friend’s place in Northumberland.

Arriving back in Brighton on Sunday night, I felt like a different person. Something had shifted within, snapped, and I felt lighter. But also bereft.

Going to university is a watershed moment in their life, in my life. This child of mine has an opportunity that remains the domain of the privileged. My child is white, English speaking, from a middle class, well educated family. They have had better life chances than so many of their peers already. I feel lucky to have this to give my children, but am also aware of their privilege, and believe that they are too. I wasn’t. At 18 I had no idea what it meant. We didn’t speak the language of equality in my narrow Catholic worldview. Especially not in relation to the gender divide. I was raised to believe that women should marry and bear children, and stay at home to raise them. That’s what the women in my family did. My mother gave up a nursing career before she qualified in order to get married. I found this extraordinary. I grew up knowing I wanted to become a doctor, and with that in mind I don’t suppose I ever entertained the idea of giving up my career for the sake of the family. It was out of the question.

And yet I still very much wanted to have children. I did it relatively young compared to many of my colleagues; I had my first child at 28, the second at 31, and the third at 34. I would have had more. I loved having children. I struggled to give birth and had to have C sections with each of them, something that always puzzled me as I never imagined that would be the case. I breastfed my children for as long as I could, and really enjoyed being the primary carer for a heady six months before returning to work each time.

When I returned to work as a junior doctor, it was hard to integrate the ‘me’ I was at home with my work ‘self’. Away from the hospital I was relaxed and totally immersed in caring for a small baby, later ones with older sibling(s), enjoying the miracle that had grown inside my body and was now present as a separate, whole and yet totally dependent person in my life. One who filled my every waking thought. Including my hours at work. As a new parent it’s undoubtedly harder to concentrate at work, or indeed anywhere away from your child, and I longed to bring the baby in to the workplace just to reconnect. With myself.

As children grow older you learn to integrate yourself a bit more, and I can see people around me at work who are also parents, doing the same thing. There’s something about being a parent that gives you a toolkit you can’t get another way. It doesn’t matter how you come to be a parent, or what route you took, nor does it matter how long you’re in the role for in a child’s life; parenting is a skill, and most of us don’t acquire it that easily. Of course you can learn good parenting skills whilst you’re still a child yourself, if you’re lucky, from your own caregivers. How many of us find ourselves behaving just like our own parents, in times of distress as well as joy, anger and sadness, laughing with the same sense of humour and folding our washing a particular way, or not at all.

Parenting, as I think I have said before, is a privilege. It helps you to be less selfish, and it means you’re obliged to share with other people who are parenting. There is a constant need to talk things through, compare notes, take advice and finesse our skills. Keeping up to date with teens is the worst bit yet as far as I’m concerned. I don’t want to be seen as too strict or old fashioned, but I do want my children to feel safe and to know where the boundaries are.

This last point is one that I’m forced to rethink as a result of this weekend just gone. I no longer have the right to parent my child. That stopped on their 18th birthday, and even though I did become aware of it at the time, that was a year and a half ago, and it’s this road trip that’s brought it home to roost. The fact is, as a parent you’re owed nothing, yet owe everything, you must give thanks and praise, but never expect it in return.

You need to be selfless and generous without expectation, and in the final analysis ‘let go’ of a new adult. Sending them out into the world with only hope. Hope that they are okay. Hope that you have taught them enough. Hope that they have sufficient ‘adulting’ skills, hope that they learn what it is to try and to fail; to try and to succeed; to laugh, cry and feel deeply whilst they are alive, and to consider that they too might one day be the right person to raise another one.

I’m nothing short of humbled by my experiences of parenting, and whilst I know I’m far from a perfect one, I also know that I’m good enough, and that’s all that matters. This is what I learned on my road trip.