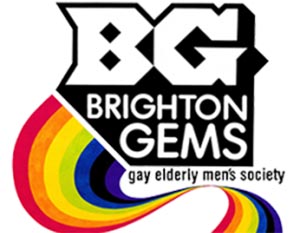 Brighton Gems (Gay Elderly Men’s Society) the social group for gay men over 50 will hold their AGM on Friday, April 26.

FOR twenty years, Brighton Gems has provided a safe and friendly environment for gay men over fifty to meet, make friends and engage in various activities each month.

The group originally began in 1997 when the Older Lesbian and Gay Men’s Forum (OLGMF) was formed as an extension of Age Concern Brighton who felt that more work was needed to help older members of the LGBT+ communities. OLGMF later became GEMS and is now known as Brighton GEMS.

Each month the group hold a series of events including attending theatre events, going for meals, attending local LGBT+ community events and going on day-trips.

Brighton GEMS also hold two meetings a month at Dorset Gardens Methodist Church Hall on the second Monday (2.30 to 4.30pm) and final Friday (7 to 9pm) of the month..

The group always welcomes new members. If you live in Brighton and Hove or the surrounding district, free membership is easily available.