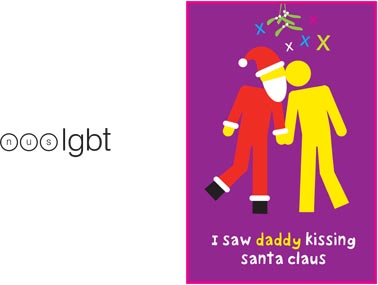 NUS LGBT are urging people to send a Christmas card to David Cameron that can be filled out online, with a clear message – make equal marriage happen.

The NUS is concerned that the Government has dragged its heels and kept quiet about the plans for the proposed bill to make marriage accessible to same-sex couples.

Besides whispers of what might happen and sketchy rumours of the proposed plans, confirmation is still awaited of exactly what is happening, and when or if the Bill will be put to a vote in the House of Commons.

NUS LGBT considers this to be “not good enough”.

NUS LGBT wants everyone to show they believe that a couple, regardless of sexual orientation or gender identity, have the right to choose between a marriage and a civil partnership and now is the time to make it happen.

They want you to be a part of their campaign and help send a clear message that there should be no more delays to the Government.

You might be LGBT or you might not, it really doesn’t matter. NUS LGBT believes everyone should have the right to Equal Marriage and Civil Partnership and we should not allow anyone to be discriminated against for their sexual orientation or gender identity.

“We are excited to see students getting involved and telling the government we are tired of waiting for equal marriage. It’s important because separate is never equal and LGBT students know they have a right to equality. It’s a different campaign because it’s grassroots, it’s the community coming together to demand equal marriage now. No more stalling Mr Cameron, all we want for Christmas is a vote on equal marriage!”

To view your options to join the campaign CLICK HERE