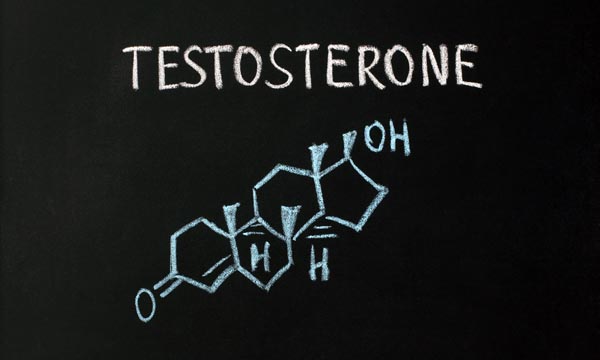 49% of British men are more comfortable discussing difficult financial matters than loss of libido in the bedroom.

NEW survey results expose how men really feel when it comes to talking about sensitive topics such as their lack of desire in the bedroom.

Nearly half of British men (49%) are more comfortable discussing difficult financial matters than sensitive health issues such as loss of libido.

With only 4 in 10 (41%) regularly speaking with their partner about their physical and mental health, sensitive issues are proving to be a harder topic for today’s man to tackle.

Highlighting the embarrassment around this subject for men, 4 in 10 (39%) say they would rather go clothes shopping with their partner than speak to their doctor about Testosterone Deficiency Syndrome (TDS), which affects over 700,000 men aged between 50 and 79 in the UK.

Nearly a third (29%) would rather file their tax returns and almost a quarter (23%) would rather go to their dentist for a painful treatment like root canal work.

Loss of libido is the symptom most associated with testosterone deficiency yet men often think it’s just a part of ageing.

Signs and symptoms vary and can also include tiredness, depression and erectile dysfunction.

Dr Christian Jessen, commented: “If you find yourself living with a grumpy old man who has lost his lust for life, or think of yourself that way, there may be more to it than that. TDS can be confusing as symptoms are not all specific to low testosterone so an accurate diagnosis is essential.”

The new research was conducted as part of the new Talking TDS awareness campaign.

The film written by top comedy writer Pete Sinclair delves into the pub chat of two old friends. It soon becomes clear that one of them isn’t quite as lively as he once was, prompting a discussion about ‘man stuff.’

The impact of TDS on self-esteem may also be a barrier to talking with their partners for many men, with 30% of men saying that they would feel less of a man if they found out they had TDS and a staggering 13% saying they would worry about their partner leaving if they had the condition.

Worryingly, 4 in 10 men questioned (43%) either do not know or do not consider testosterone deficiency to be a medical condition.

“TDS can impact on quality of life both emotionally and physically and can cause wider problems if left untreated, however, it can be diagnosed and managed. TDS can be a misunderstood condition, sometimes confused with ageing,” said Dr David Edwards, a GP with a special interest in male and female sexual dysfunction.