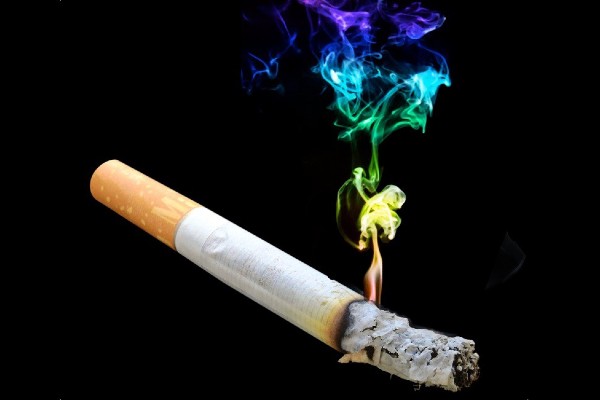 New report, authored by social enterprise Queer Voices Heard has looked at the high smoking prevalence rates in the LGBTQ+ community, and  why these rates are higher

Despite smoking rates continuing to fall across the UK, there are still groups where prevalence rates remain stubbornly high – and in particular amongst those in the LGBTQ+ community.

A Queer Voices Heard report released today , shows that LGBTQ+ people are almost 46%* more likely to smoke cigarettes than the general population. This concerning disparity is revealed as 72% of this community say they are either a regular, casual, or former smoker.

The research also indicates that while their identity does not necessarily start them on the road to becoming a smoker, it does keep them on it. There is a perception that there are more triggers to sustain a smoking habit as an LGBTQ+ person because of a culture of acceptance and the sense of belonging that comes with being part of a group. There are also fewer clear incentives to quit, such as targeted support and campaigns that authentically reflect the community.

“The fact that smoking as a health issue disproportionately affects queer people is not new information. Public bodies and charities have long documented that smoking rates are higher in the LGBTQ+ community when compared to the general population. But highlighting prevalence is where the conversation typically ends. Very little has been done to move the conversation on. To ask the question, ‘why’? This report, the first insight published by Queer Voices Heard, aims to move that conversation forward. To listen to the voices of those in our community who have been affected by smoking, and to start a meaningful conversation about how we can reduce this health inequality.”

Nearly a third (34%) of current LGBTQ+ smoker’s that took part in the research say they hide the fact that they smoke on their social media accounts. And when it comes to dating profiles, many (28%) fear being rejected if they reveal their habit too early.

The research found that in the majority of cases, LGBTQ+ people are ignored in campaigns on smoking cessation and inundated when it comes to sexual health. In fact, the report finds that nearly half (48%) of LGBTQ+ smokers do not see smoking cessation campaigns that target or relate to them. And while many understand and support them, seven in ten (73%) felt that campaigns directed at the community seem to only focus on sexual health.

“We know that those who identify as LGBT+ are much more likely to smoke cigarettes than the general population. But until this report was compiled there has been a lack of research into why this is the case, what can be done to provide much needed support, and who needs to be part of the conversation. This report suggests that many LGBT+ people start smoking in similar circumstances to the general population, but it highlights that smokers in the LGBT+ community have many more triggers to sustain smoking than there are triggers to stop.  The reasons for this are complex but considering that members of the LGBT+ community are more prone to stress, anxiety and generally poorer mental health and depression, self-medication using nicotine or other substances is commonplace and unsurprising.

The research found that 86% of respondents who were casual or regular smokers stated they want to quit, with 40% of those wanting to quit in the next six months.  This indicates an opportunity for both the community, and those that are committed to reducing smoking rates, to work together to agree a way forward that supports those individuals who are wanting to quit.

“We sponsored this important piece of research to uncover what has driven the high smoking prevalence rate we know exists in the LGBT community. This is the first time the community has been encouraged to specifically discuss smoking as a health issue, and I am pleased that the community has had the opportunity to be clear about what they believe should be done to address and tackle it.”